The florist was very difficult to deal with, was not very good at going with the flow. I always felt like money was such a huge part of everything with him and he was very un-organized, however, I was incredibly happy with my result. I loved my flowers, my girls flowers and all of the centerpieces. However I was a little disappointed that "free" bouquet that he talked about ended up being fake flowers.

Pat was so helpful at taylor rentals, they gave me a deal and they were all over everything!!!

Definitely affordable to go through and I really liked my invitations, simple, but nice!

My ceremony was supposed to be outside, last minute we had to move it in doors because of the weather... then again, last minute we had an opportunity to have it outside so everyone moved it back outside, Cathy at CD&ME could not have been more wonderful. We used every square inch of the venue and it was wonderful. Our entire reception was supposed to be under the tent, but after the crazy flood that came through the ground due to the down pour during dinner, Cathy and my mother decided to move the dancing inside the building (which I was glad to not have to decide). It was beautiful, they extended the wedding 1 extra hour for free because all of the crazyness which was very nice, however it did mean for a more expensive bar bill... but whatever, it was fun! The only negative thing I would say (even though I know a lot of it had to do with my wants...) I thought it was going to be a much more affordable venue but it ended up being way more pricey than me and my husband had planned. Overall, I would not change a thing! 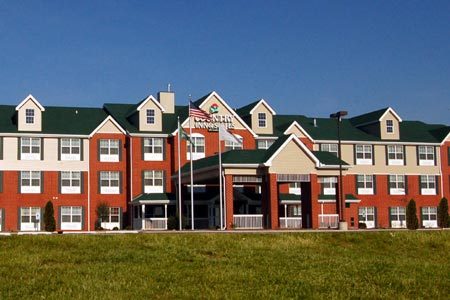 I was not very happy with this hotel, our honeymoon sweet was not very nice, nothing extra was added to the room nor did they give us a discount on the honeymoon sweet, it cost over $200 when we had almost 20 rooms booked that night for the wedding.