Our wedding day went exceptionally well. The weather cooperated for us and Aprils in Chicago can be unpredictable weather-wise. We received nothing but compliments about every aspect of the wedding. Everything we planned went according to schedule, except for the photographer.

The owner, Ron, was very nice but not the most giving of information about his photographers. Our photographer, Jon, was terrible. He took some good photos but we were let down by his lack of leadership that day. There were many photos that were missed that we would have liked him to take. We were unable to speak with him until 3 days BEFORE the wedding because that was company policy. I asked the owenr several times in the months prior to that if I could speak with Jon so we could get an idea of who we would be working with. I was told repeatedly "don't worry everything will be fine." That should have been the tip-off from the start. Stay away from Studio One--Des Plaines

Manny was a pleasure to work with. He really took the time to get to know myself and my wife before the wedding date. We felt completely comfortable knowing that he would do a great job with our video and he did not disappoint. Definitely recommend using Manny.

Jamie was a pleasure to work with in trying to find just the right flowers and colors. We received many compliments about the flowers. 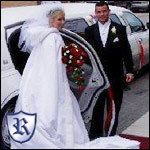 I chose Royalty because of their friendliness and comfort level I felt when talking to the coordinator. Our chauffeur was great. Helped the bride in and out of the limo and was very friendly. 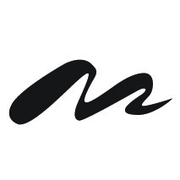 The Music By Design staff was great to work with and helped make us feel comfortable and confident in our choice. We had no worries come reception time knowing that our DJ was in command and kept the reception moving in a timely manner. We would definitely recommend Music By Design. 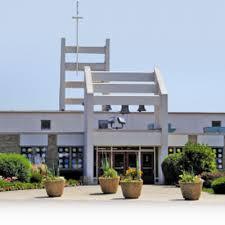 The church is nice inside and very open. The Pastor and music coordinator were a pleasure to work with. The wedding coordinator did not have much of a clue, however. 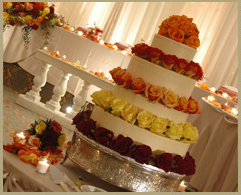 We received nothing but great compliments from all attendees about the food, service and how beautiful the room looked. Would definitely recommend booking this venue 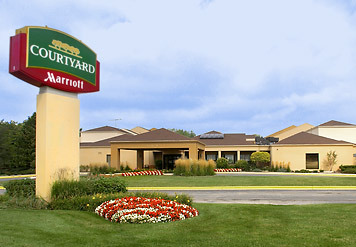 The honeymoon suite was very nice and the staff was very accomadating. Would recommend.