Todd and I had the most amazing wedding in Mt. Pleasant, SC. It was a long and emotional day, as it is for most all Brides and Grooms, but having the ‘best of the best’ vendors available to us made it all come together to be the one of the most beautiful, memorable days of our lives. I’d prefer to give a bit of advice to Brides&Grooms-to-Be, and that is to stop, step back and take a deep breath and take it all in. This moment will be one of your brightest memories; I assure you. Realize all of the family and friends that are there for you both and that the day is yours. Enjoy it, for it only comes once and you don't want to forget it or miss it, either!

Sol Driven Train rocked our socks off! All singing vocals, playing multiple horns, guitar, drums; they are a real treat for any patron lucky enough to see them perform. Without them, the wedding would not have been a real celebration. They bring the fun and the funk! All band members are home-grown here in the Charleston area, writing their own music and lyrics. They are not your typical wedding band, more like having a headliner come and play your event. I'm not sure how much longer we can find them doing small events like weddings etc. I expect we'll be paying high ticket prices to go see them very soon! We feel very lucky to have had them with us on our special day!

The day goes by in a whirlwind and you get to re-live your day through two key outlets: your photographs and the personal accounts of your guests. Therefore, photography is a top priority so that you may have a snapshot in time of all of your special moments, precise details and family presence!
Richard and Gillian of Richard Ellis Photography were amazing! They took tons and tons of pictures and they were all so good! It was very hard to choose. On my Bridal shoot, it was raining and we were downtown; I was not discouraged and neither were they. He had a plan of his own based on what I told him I liked, but I had some things once we were downtown, that I wanted to do, and he was MORE than willing to accommodate my requests, even after 3 hours of shooting/waiting out showers!
The day of our wedding, I was running around doing last minute errands (crazy, right?!), I really had no time to sit and build up any nerves or 'butterflies'! Todd, the groom, turned out to be the nervous one, because he had a lot of time in between the day's events to sit and take it all in. Gillian was with him and the groomsmen, the day-of, and Richard was with the bridesmaids and myself. Gillian was working her normal photography role, while also playing the role of therapist to keep the Groom focused and calm. He wasn't going to run away or anything, but he was really overwhelmed by family and chores and people, in general. You'll find out how much you can really be annoyed after 1,000 taps on your shoulder, asking questions, not listening to your answers and even tapping just simply to say hi. It can get very very tiring. Needless to say, Gillian was there for Todd, when the Bride could not be, due to tradition! :-) This shows how much they care, and they're not just there to take some photos and get a paycheck.
Aside from this, the turnaround time for the deliverables is impeccable. To ice the cake, Richard did a few nice 'extras' that were not in our contract and we were not billed for. My colleague and friend got married and used a very popular photographer here in Charleston, who happened to be a former colleague herself. After her wedding, she ended up with all these hidden costs for things she didn't realize she wasn't getting with her contract. It appeared, they'd spent $4K on just having them shoot photos. There were no tangible items received after the shoot. So they ended up spending around $7K to get the discs after all was said and done. That is discouraging, when they were former colleagues and friends, and they were still very vague about the contract details-which you'd only expect from a stranger or unknown vendor. This was not the case with Richard Ellis, for us.
Please know that this is a key element for your wedding day. Everything is pricey and you've paid in full when your big day arrives, then all of a sudden, day-of and thereafter, vendors come out of the woodwork billing you for extra 15minutes on the clock or tiny tangible things--it really can get out of hand. Its just nice to know that they are doing the 'extras' because they care, not because they're looking at the clock or their price guide to sneak extra expenses. Todd and I could not be more satisfied with Richard Ellis Photography’s professionalism and the end result photos that we will cherish for the rest of our lives! 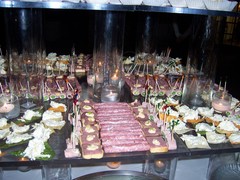 Second to capturing your own memories, your guests will remember the food and entertainment, for the most part. For food, we had local cuisine, prepared by Regal Catering. I can't seem to stop hearing from everyone about how amazing the food was. Todd and I are not local to the Lowcountry, our guests ranging from NC, CA, OH, AZ, FL and MO. All of which LOVED the food. (Serving Soul Food or Lowcountry cuisine of Shrimp 'n Grits and Crab Dip is tricky when you're serving New Englanders and West Coasters. But Regal pulled it off with a BANG!

Nancy is a colleague and good friend of mine. She happens to be a phenomenal cook. I have experienced her amazing dishes and desserts just because we know each other. She started doing a few weddings here and there for friends, and I knew her desserts tasted amazing-so I asked her to do ours. She made a Mexican Chocolate Cake with a Bittersweet Chocolate Ganache icing and an Almond Vanilla Cake with an English Buttercream icing. We mixed up, some choc/choc or van/van and some choc/van. The guests could not stop eating them! We froze about 6 cupcakes and our cake topper. The topper is for our one year anniversary tradition and the cupcakes we pulled down for our one month and they were still amazing. Nancy does not skim on ANY ingredients regardless of the scale of the creation! I highly recommend she start her own business baking/cooking, whatever she wants to do, because the diners will keep coming back for more!

Catherine is a family friend and professional hair stylist here in the Lowcountry. She loves doing up-dos the best. I could not have been more happy and confident having her doing my hair. She did everything that I asked. I wanted it up and tight, but looking loose, because I’m a dancer and I did NOT want to be a sweaty ‘hot-mess’ of a bride for my guests or for pictures during our celebration. Catherine is now doing my bridesmaid’s wedding this weekend on Folly Beach, as well as her 6 bridesmaids. YES-she can crank out 7 girls hair in under 3 hours looking like masterpieces. GO Catherine! 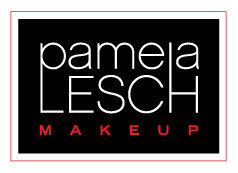 Pam was a dream come true! She came locked and loaded with MAC make-up and an Airbrush machine. She was worth every penny. She took the time to ensure she understood what I liked and what my comfort zone was. We did a trial run for my bridal shoot and she made me feel like a princess. My ‘day-beauty’ never faded and I never felt the need for touch-ups. My groom certainly didn’t have face imprint from me on his own face or suit, which is a major plus & detail that a lot don’t address in their testimonials. I enjoyed working with her too-she was easy conversationalist and met my every request, even when I may have been the overbearing bride demanding time changes on the day-of. I would recommend her to ALL of my friends for their weddings, special occasions or just to feel pretty for fun. Skip the silly make-up counters and go to her. She can give you the full on experience like no other make-up artist I’ve ever experienced. My bridesmaid who is getting married this weekend wanted to use her but she was already booked for another event-she’s a hot commodity and will need to be booked well in advance, much like Alhambra Hall is for the choice of venue! 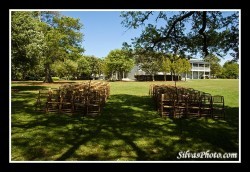 Alhambra Hall is perfect-If you are from the area, then you know this is a real challenge to get your reservation there. It offers views of the Charleston Harbor and the shade and witness of the infamous oak trees in the Charleston area. The hall is beautiful for receiving your guests with a parlor at the entry way and showing beams in the open ceiling where you and your guests will indulge in a feast of merriment to celebrate your commitment to one another.