Our wedding day was wonderful! We planned like crazy, pinched pennies where we could, and splurged within reason. We had a modest budget, so I did A LOT of research to find the best prices. My favorite thing to do is ask people what they're favorite part was. Many say the dance, we had a packed dance floor all night. Some say the scenery at our ceremony at Blue Mounds. Some say our meal which included white and red wine at the tables so guests didn't have to get up to get drinks. It was a lovely day and I wouldn't change a thing!

Top Notch! I would recommend this hotel in a heart beat! We had a full house (210) and they were open minded to our long table idea and it looked great in that space. They were professional and our night was perfect! Tammy and Nick were wonderful and would patiently answer my excited/nervous calls in the days leading up to the wedding! The wedding party was about 20-30 minutes late (woops) and they handled it perfectly. They knew who to ask when we ran out of horderves during our cocktail hour and made more right away. The dinner was awesome and reasonably priced. They provided kid's meals and vegetarian options for our guests. 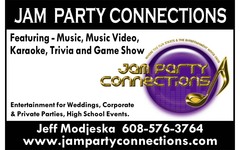 Jeff was wonderful! He took our play/do not play list and followed it perfectly! He took requests from myself and my bridesmaids and played them! He brought his projector for slideshows during the special dances, then he played the music videos to the songs during the dance. Several people mentioned that they loved watching the music videos. (not your taste? I am sure you could request that he NOT play the videos and he wouldn't mind) Use his up lighting, it really made our reception venue look beautiful! Jeff was he's easy going, professional, and reasonably priced! Our dance floor was packed all night thanks to him!
I would definitely recommend him!

I Loved Them! Hair and make up for my entire bridal party was their main priority that morning! They provided bagels and orange juice and we brought the champagne. What I loved the most about the staff at Salon Neuvo is how comfortable they made us feel. Requesting a little change to the make up or a hair style wasn't a big deal, they wanted us to feel beautiful and we did. Best part: I told my mom who rarely has her hair and makeup done that she looked beautiful and she said, "I feel beautiful." This made me so happy and it's all thanks to the girls at Salon Neuvo!

Great cake! She was able to create the cake we wanted with only a picture from a magazine. Best part for us? She can make sheet cake with filling! She is based out of Janesville but was more than willing to delivered to Madison.

I would highly recommend her!

My husband rented his tux from this shop and I loved their dresses! I was disappointed I didn't know about them when I was shopping for dresses and don't want someone else to miss out. I would highly recommend taking a walk through their shop before you buy your dress or pick out your bridesmaid dresses.

This group was great! They were professional and played all of our requests. My wedding day coordinator/aunt said they were great to work with prior to the ceremony. They had a great sound and I was really happy with them! 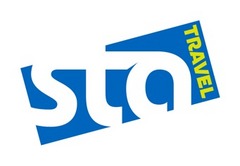 This is a student/teacher travel agency. Lindsay helped us plan our 22 day European honeymoon and it went perfectly. She helped us book our train tickets and flights and booked activities from our honeymoon registry. We were really happy with them!

We used this site for our honeymoon registry. They have the lowest percentage fee of all the sites that I research (and I researched several). We got our money within 5 days of requesting it. Important note: it takes about 5 days for the money to clear from a person's credit card, a few people contributed money/bought us stuff on our wedding day, so we had to wait about five days after our wedding to request all of the money. (You get one free money request, but additional requests cost $30- that's pretty standard for these types of sites). Many of our guests though it was cool to be able to contribute to our honeymoon (22 days in Europe), and it really helped pay for our trip. I would highly recommend having a honeymoon registry!

They were on time and took us where we requested. Our driver even checked our photo locations prior to the wedding and called me to discuss routes and construction that might slow us down, which was greatly appreciated.

Only problem- the gratuity was requested in cash and my aunt gave our driver his envelope with the gratuity after our ceremony and prior to our drive around for photos. After some photos at the capital, our driver approached me and said that someone from my wedding party stole his envelope of gratuity money. This was a very uncomfortable situation...he said he set it down on the seat next to him in the front/separate part of the limo. We were never in the limo when he was not in the front/separate section, and the separating window was only open for about 10 minutes when we were telling him where we'd like to go next for pictures. While we all might know people who would steal money from others, my wedding party included people who would not do this. Most of our friends didn't even know that he received an envelope containing his pay. He admitted that it was his fault for "losing" the envelope, but I think he was hoping I would pay him again. (Which I did not do) Everything about our experience was great until this moment. It was uncomfortable and really distracted me. I am curious to know if this driver has attempted to do this with other wedding parties.
I would still recommend this company because the limo was clean and air conditioned, and the driver was on time and took us to our requested locations. One driver does not define a company.

Our chair covers were clean, pressed, and easy to put on the chairs! We were really happy with them! Katie is easy to work with and professional! She has the best prices in Madison (trust me, I called several places!)


View Cover It Up Madison

We rented white chairs for our ceremony from this company based out of Belleville. They're prices are the best in the area (trust me, I called several places!) and they delivered and set up the chairs for a small fee (totally worth it!). The also took down the chairs and hauled them away without us having to lift a finger. I would highly recommend them!

Top Notch! I would recommend this hotel in a heart beat! We had a full house (210) and they were open minded to our long table idea and it looked great in that space. They were professional and our night was perfect! Tammy and Nick were wonderful and would patiently answer my excited/nervous calls in the days leading up to the wedding! The wedding party was about 20-30 minutes late (woops) and they handled it perfectly. They knew who to ask when we ran out of horderves during our cocktail hour and made more right away. The dinner was awesome and reasonably priced. They provided kid's meals and vegetarian options for our guests.

Great place for a self catered, cook out style rehearsal. We brought the food and a keg and had a great time.