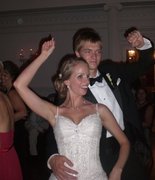 We had such a great wedding weekend. Since we had so many out of town guests we decided to plan events for a long weekend celebration. We were so lucky to have some great vendors to work with. Most of them were suggested by Kim at The Ryan Nicholas Inn. We figured she knew the wedding business quite well, and we were so glad we followed her recommendations. In addition to the below reviews, we have to say that both Wedding Mapper and Wedding Windows were awesome websites for us to display information about our ceremony and all the weekend events. We actually had our guests RSVP for all the functions through the Wedding Windows site which was easier for everyone. They were even able to make a meal selection for the Rehearsal Dinner. With Wedding Mappers our guests were able to learn about our city, see pictures and descriptions of the locations and get directions to all our sights. We hope these reviews are helpful. Good luck and remember the planning is part of the fun, so relax and have a great time!

We had a great experience with Men's Wearhouse. They have a wide selection of tuxes. We were able to go online and decide on the look that we wanted prior to going into the store, which made it a very easy process. Our groomsmen and ushers were all over the country and they were all able to find a store nearby to be fitted. All the tuxes arrived on time with all the pieces and all were a good fit. 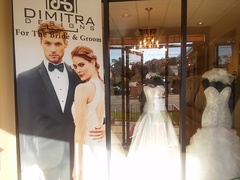 We shopped all over Greenville, went to Columbia and Atlanta, but in the end chose the dress at Dimitra's. We found the employees to be very helpful and the alterations were impeccable.

Five star and then some. What a great shopping experience for the Mother of the Bride dress (and Grandmother of the Bride). The ladies at this store are absolutely fantastic. My Mom left with a gorgeous dress, shoes, earrings, and purse. They are so attentive and will give you an honest opinion. They seem to really understand that the Moms want to look special...classy but not flashy. :) 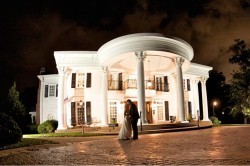 Kim really has hosting a wedding down to an art. Having the Inn for the whole weekend was fantastic. I got to have my closest friends and my cousins stay with me at the Inn on Friday night and we got the whole place to ourselves on our wedding night. It was such a beautiful place to get ready for the ceremony and it allowed all my friends and family to be there with me. Kim provided us with drinks and snacks while we got ready. She certainly knows how to throw a fantastic party. Our guests were still talking about it for weeks afterwards. The best part is that she takes care of everything. You can just sit back and enjoy your day.

Butch and Joy are FANTASTIC!! They are such a class act. They are dependable and prompt, don't take breaks and know innately how to read a crowd. You won't be disappointed.

Although we enjoyed their music, we were very disappointed in the overall experience. After spending hours choosing a special song (based pretty much on the words) to be sung during the lighting of the Unity Candle, not only did Don fail to bring the music to the church, he somehow missed that the song was supposed to be sung...he thought it was just an instrumental piece. The wild scramble to try and locate the music made for a stressful beginning of the ceremony and in the end was played only as the instrumental. VERY diappointing! I think if Don had been willing to come to the rehearsal, a lot of these issues could have been avoided. In addition the band dressed very inappropriately for a wedding. They were front and center in a small church and they were definitely the most under dressed at a formal affair. I would not use them again.

Gretchen is quite pleasant to work with. Not only was the cake absolutely beautiful but it was one of the best bakery cakes we have ever had. We went with her suggestion to have the White Chocolate with Raspberry filling on the bottom layer, Dark Chocolate with a Chocolate Ganache on the middle layer and a Neopolitan on the top layer. I'm telling you it was to die for. My advice is to ask Gretchen's input. She won't push her opinion unless you ask, but trust me she knows cakes.

I cannot even begin to adequately express how wonderful Kristi is to work with. She loves working with brides and gives her all at making your vision come to life. Her creations are breath taking and works of art. You will not find a better listener or kinder soul. Definitely two thumbs up!!

We had a bridal brunch and lingerie shower here on Saturday morning. It was such a fun place to have this event. Marti is a fantastic event planner. We let her know what we wanted and she handled everything for us. She was enthusiastic and always helpful. Everyone had a great time.

Anita and Ryan are young, fun and energetic. They make a great team. They show up on time and are willing to stay late if you need them to, for a reasonable fee. They shot from 1:00 in the afternoon to almost 11:00 at night. They also brought an additional photographer who stayed the entire time. Although Ryan did our videography, they have dropped this service. They do stay very busy, so you have to wait a while to get the pictures back, but we feel like they are worth it!

Katie comes to your venue and will do both make-up and hair. She will consult with you prior to the event and will do a practice session of the hair style you are wanting. Her prices are also very fair. 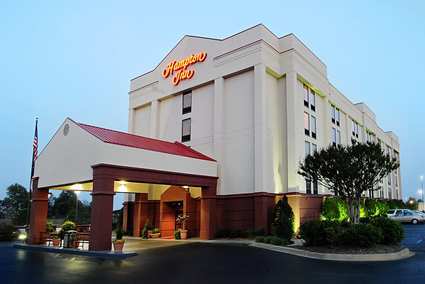 The majority of our guests were from out of town. Although we had rooms blocked off at other hotels, pretty much all our guests stayed here because of the close proximity to our venues. The staff bent over backwards to be accommodating. We had events planned from Thursday through Sunday and the Thursday night picnic got rained out. The employees provided us with a hospitality room for us to gather in and have our "picnic." In addition, we had welcome baskets to go in each person's room with a personal note to that family. The staff did a great job of getting the right basket in the right room on the right day. They had a great space in the lobby that family and friends were able to gather together to watch the College World Series and plenty of chairs by the pool for those who wanted a little quieter place to visit. We really can't say enough about how helpful the staff was.