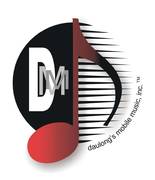 I am suprised that DMM has all these great reviews. I don't know if he was having an off night at my wedding or what but he messed up several things that were very important to me. First of all, he forgot to play our recessional song so my new husband and I awkwardly walked back down the aisle in silence. My parents' anniversary was the day after my wedding so I asked him several times to wish them a happy anniversary and play their song. He played their song but forgot to wish them a happy anniversary until halfway through the song. He started playing the wrong song for the cake cutting (he started playing the garter toss song) and I had to send someone over and tell him that it was the wrong song. And last but not least my husband's grandfather from California passed away shortly before the wedding so my husband and his grandmother were supposed to have a very moving dance to "I Left My Heart in San Francisco". Well Stephen announced that the bride and her grandfather were going to have a special dance, so I stood up like an idiot and both of my grandfathers were confused and eventually one of them got up and saved me from standing there on the dancefloor by myself; I kept glaring at the DJ and eventually he realized that this was my husband and his grandmother's song and he really ruined that special dance. I wouldn't recommend this company at all.