We couldn't have asked for a more picture-perfect day! For the benefit of other couples, however, we've included some feedback in the individual reviews. Nothing crazy, just a few tips...

On my end, this was the least complicated vendor to book and follow through on their word, which made me very happy. The parent limo had some issues with luggage left on it by accident, but it was resolved by the end of the evening.

Our reception band--they were awesome and did everything exactly as requested.

Our cocktail hour band--so fabulous, they even learned to play the song "Jimmy Mack" in homage to my new husband!

Google her for her address and phone number--she works out of the basement of her home, which she's transformed into a bakery, and is simply a joy. Her cake was beautiful and very tasty, too!

The cookies and pastries themselves were phenomenal--and Fanny, who we worked with, was a trip! I was a bit irked by the delivery charge, but other than that, they did a super job.

Sonia was our teacher for a beautiful waltz to "For the First Time" by Rod Stewart. We only actually needed two hours but we've paid for three hours. This was due to some difficulty with scheduling; however, the studio owner plans for us to enjoy an additional hour at a time more convenient to us.

I had very high hopes for Garden of Eden and was disappointed in a few ways. On the bright side, Kandice was a pleasure to work with--but our bouquets came out smaller than anticipated (although we did ask for a smaller size) and some artificial flowers were used in the boutonnieres, which given the price we paid, seems a bit ridiculous. We also thought there would be more hydrangea in our centerpieces (they were still beautiful, though) and that they'd be a bit larger. Finally, we asked for an ivy drape around some of our tables, and the ivy was fastened straight instead. One table that was supposed to have the ivy didn't even have it, either. Even still, everything appeared to be beautiful and no one knew of these issues except for my mom and I, who had a pre-conceived vision in our minds. 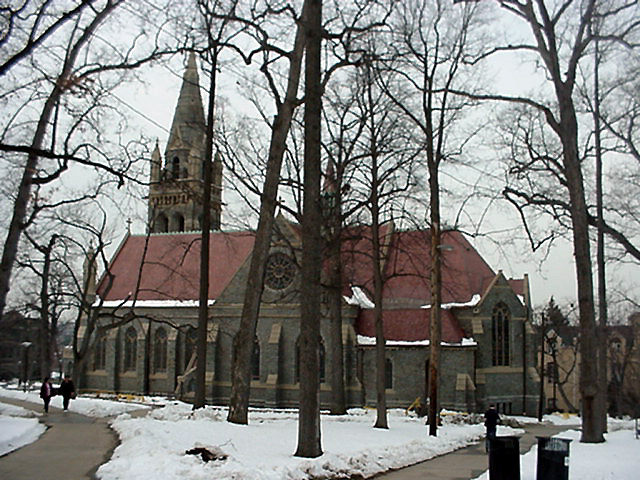 Sally was great to work with although the church's regulations (not her fault) were quite stringent and made things a bit more difficult. Nonetheless, the church was BEAUTIFUL and Gino's daughter (I forget her name) was great. 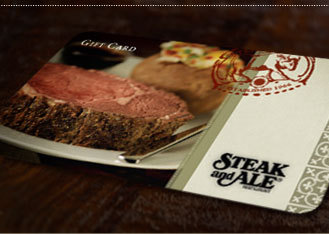 Steak & Ale has unfortunately gone out of business since our wedding rehearsal and that is such a shame given what a nice job they did. We got a heck of a deal, too! 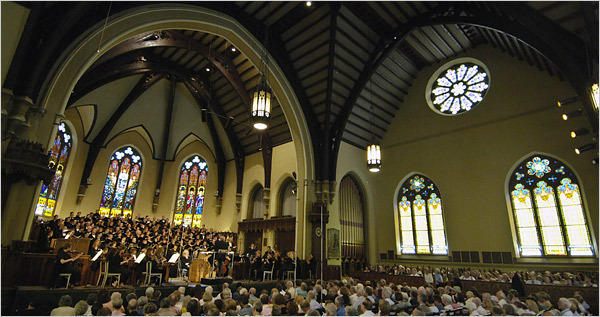 See ceremony rehearsal, as noted above. 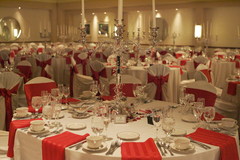 Our reception was fabulous, although I did have a few complaints which the Holiday Inn has worked to compensate us for immediately. Given how many details needed to be covered (my fault), I was pleased with how well the set-up instructions were adhered to.