My husband and I have had the pleasure of working with Laura at State Street Jewelers, over the past year, for our wedding bands and my engagement ring. She was willing to negotiate, so we got a competitive price for a high quality product. They also clean our rings for free anytime we go in to the store and treat us like we're part of the family.
We had a bit of a scare the day before our wedding because my husband’s wedding band was too big. State Street went above and beyond to get him a replacement band to wear the day of the wedding. They had his band over nighted and he had it for our honeymoon. After our honeymoon, it was determined that his new band was still too small, so State Street replaced the other band with a smaller brand new wedding band at no additional cost. I highly recommend State Street Jewelers. They’ve been in business for over 25 years and have excellent customer service.

Town and Country Gardens exceeded our expectations. Anton was always courteous and has unique ideas. We found their prices to be pretty reasonable as well. Our flowers were so fresh and beautiful. The setup and delivery were flawless. We received so many compliments from our guests and I highly recommend Town and Country Gardens to anyone.

Margaret made our wedding cupcakes and top tier cake. They were absolutely beautiful and everyone raved about them! Not only did they look beautiful, but they tasted wonderful as well. The cake was still moist 2 weeks later! Her pricing is very competitive and she was happy to provide us with recommendations that fell within our budget. She was a pleasure to work with and even brought goody bags for our florist, DJ, photographer, reception hall staff, etc. She also gives a free top tier cake on your 1 year anniversary, just for sending her a 4x6 picture of the bride and groom by the cake. She went above and beyond and I would highly recommend her to any bride or anyone looking for a special cake. I can't wait to try another cake from her. Thanks again Margaret! 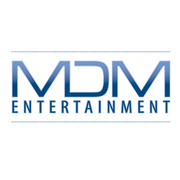 Our younger guests enjoyed the music, but he could've played more of a variety for the older crowd.

Laura was professional, courteous and patient. She has a photojournalistic approach and creates the most beautiful, artistic pictures. She uses another photographer, so you’ll get great pictures from all different angles. Her prices are extremely competitive and she also includes a free engagement session with her packages. She met with us several times before the wedding to get to know us and to get a feel for the style of photography we liked. I highly recommend her to anyone looking for a photojournalistic approach.

Our wedding was October 10th, 2009 and the bitter taste is still in our mouths even after having just returned from a spectacular honeymoon in Cabo San Lucas.

The beginning of our nightmare was that our limo was a "no-show" on the most important day of our lives to this point. The pending nightmare is that I have had to become a dentist and pull teeth to get my refund from them. I have received not one apology from any of the people I have spoken with. I did not receive one phone call the day of my wedding notifying me of any delays or breakdowns. That said, when I checked my email the day after my wedding I had an email from Elvis stating the driver had tried calling me several times (not one call, missed call or voice mail) and was going to be very late. We had to call several people back from the reception to come pick us up while some people had to pay out of pocket to catch a cab. Needless to say my bridal party was all over the place and I was not able to take pictures with my groomsmen before the sun went down. Every time I look at pictures from this day forward I will be reminded of this nightmare because of the fact I have no pictures with my groomsmen.

I even tried calling my drive who proceeded to be rude and tell me he had been pulled from my route at the last minute and it wasn't his problem. He then turned his phone off after hanging up on me. Why was my driver pulled of our route? Why was I not notified of the change?

My wife and I had met with the owner, Tommy a year ago when we were deciding which limo company to go with and at that time Tommy had ranted and raved how his company was superior to the rest. How they were second to none. Well, they provided us with no service, their customer service is rude unsympathetic, unapologetic, irresponsible and unresponsive. Now that I have gone through this entire debacle, I am now entrenched in a battle to get the hard earned money I used to procure a service that was never provided.

Tommy could have called me to apologize or at least returned my several phone calls.

In my humble opinion, if a bride and groom are searching for a limo company and see 1 negative review out of 100 they will steer clear of this company. If they decide to go with this company then they're taking a gamble on a day when risks need to be hedged at all costs. Please do not take the risk and end up having your wedding day screwed up.

They do not deserve to be in business.

St. Charles Country Club is a beautiful secluded exquisite place. The food is out of this world and our guests enjoyed every minutes of our reception.

This hotel in St. Charles is brand new and the rooms are outstanding. Our guests were amazed. They also offer a free shuttle service to and from the reception.