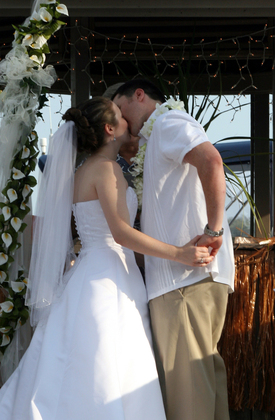 Leaving by boat, it was a beautiful night and the boat ride to meet the limo was sooo peaceful. We weren't ready for it be over!! Wish we would have thought to plan on taking the boat to the hotel on Sarasota Bay! 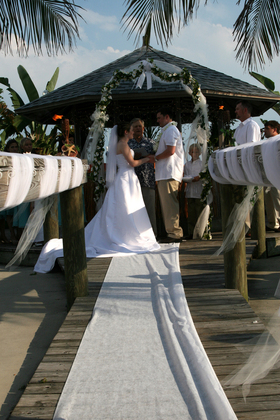 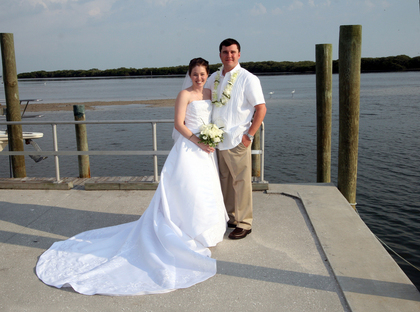 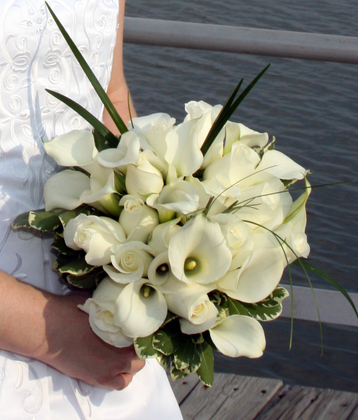 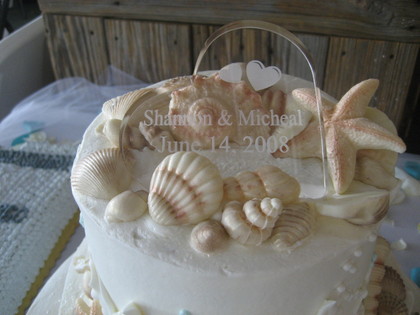 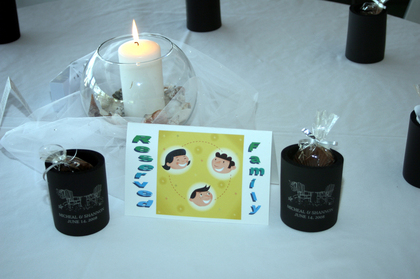 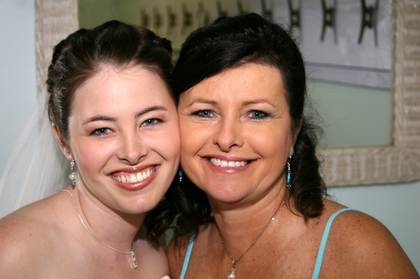 The location was awesome. However, the ladies were only nice to work with up until the the wedding. Before the wedding we told them that we would be using sparklers (confetti of any type is not allowed) and leaving by boat. They said it was not a problem. When the sparklers were being handed out, they told my wedding coordinator that we would not be able to use them. We even went so far as to buy sand buckets with sand for the guests to place them in when they were done using them (just in case). We paid $9.00 per linen we used for tablecloths. Once the wedding was over with we were informed that we would have to pay to have them cleaned because they were stained. One had WHITE frosting (on a white tablecloth) on it from the cake table and the other had a soda spilled on it (both of which would come out with a run through the washer). My assumption would be that the $9.00 would cover the cleaning cost of the linens seeing as how they were used in the first place. We were told that it was the "craziest" wedding that has ever been held there however, I thought it was simple. We had about 110 people, we did the ceremony, had the reception, danced, and left by boat.

Guests seemed to enjoy the 2 pools and spas. Only complaint I heard was that the pool and spa closed too early.

Our rehearsal dinner was held at Woody's River Roo in Ellenton, Florida and was not a place I would recommend for any large get together. We had RSVPd for 70 people but because of the weather before and during the rehearsal we only had 35 attendees. I knew we would have a ton of food left over but I figured since most of our guests were staying in the condos that they could take left overs for lunch, etc. Once everyone had been through line, some of them started to go back for seconds (which you would think would have been fine). We ran out of food before 3 people could have gone back for seconds. When speaking to the OWNER, I had no luck. She said that they provided enough food for 70 people and that it was not her problem there was not enough. I told her we only had half of the people that I RSVPd for. We provided peel n eat shrimp, grouper fingers, chicken fingers, and two kinds of homemade potato chips. When I asked her how many of the grouper fingers and chicken fingers they planned on for each person she said 2 pieces each and that it was just a light hor's derve. I told her that she was crazy because when I called to inquire about using them I said rehearsal DINNER. We paid over 10 per person which I knew was cheap but we ordered enough food for 70 people and had it in a casual atmosphere so that it would be within our budget. I was extremely unsatisfied with the quality of the owners service. I will add that our waitresses were AWESOME. They were caring and understanding of our situation and couldn't believe the owner was treating us the way she was. I hope that they moved on to another restaurant where the owner has customer service skills. I will never return to that restaurant. If I could give this place negative stars, I would. 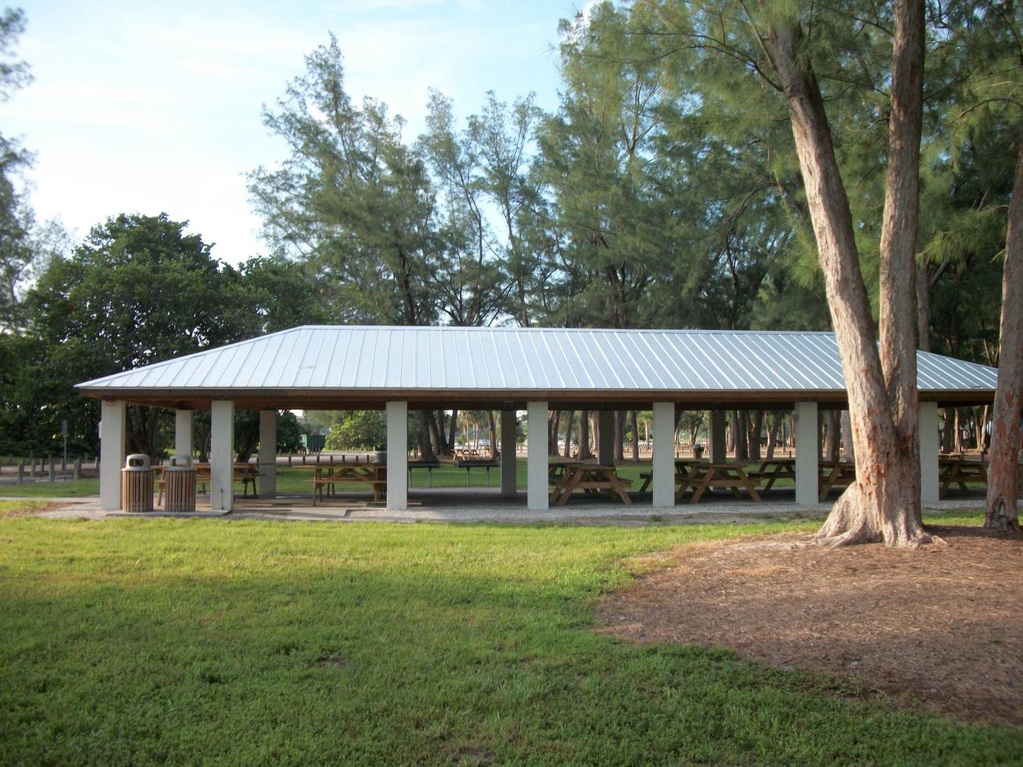