AMAZING, WONDERFUL, TALENTED, CREATIVE. I loved loved our wedding photos from Amanda. You can really tell how passionate she is about photography. She is so creative in her angles and just capturing all the most important moments of the day.

Would not recommend. First, they called several times the day of my wedding telling me they didn't have an available limo, when I had booked with them and paid in full months before. They obviously worked it out since they showed up to pick us up but they were late. Second, they picked us up on our wedding day, which was 107 degrees outside in a limo with NO air conditioning. After dropping the girls off at the Church the driver did call to have a new limo sent. However, the limos were just not up to par at all. Wouldn't recommend.

Kate was very helpful and nice. Our flowers were very pretty. She is very passionate about what she does and aims to make her clients happy. 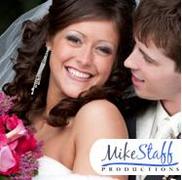 Loved! We had Tim Stolkey as our DJ. The company is so organized and really aims to please the guests and the Bride and Groom. They want to make sure that everyone is having a good time. Everyone complimented us about our DJ selection and how he kept the party moving along. Tim called the Monday before the wedding to make sure I didn't have any questions and to just review how I saw the night going. I thought he and Mike Staff Productions was great!

This is my families Church and I absolutely love it. Not only is it beautiful inside, but the staff there really aims to make this the most special day of your life. Dr. Harnish is amazing and really cares about getting to know the members of the church and guests. 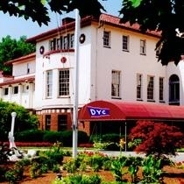