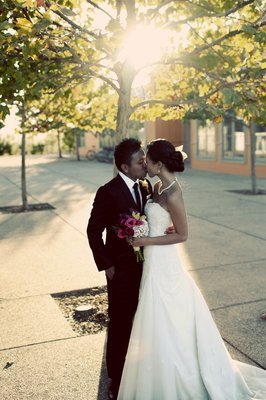 Our wedding was an intimate, contemporary, and simple wedding set on the dramatic backdrop of the Napa Valley. Planning our wedding from abroad (myself living in Hong Kong and my then-fiance in Tokyo; but both of us Americans) had their limitations at times due to the distance, time-zone differences and lack of visibility - but the results were none-the-less breathtaking thanks to the natural splendor of the Napa Valley and our charismatic venue site. In the end, I am so glad we chose Napa, but would never plan from abroad again if I could help it. 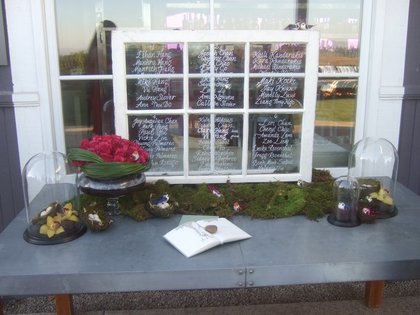 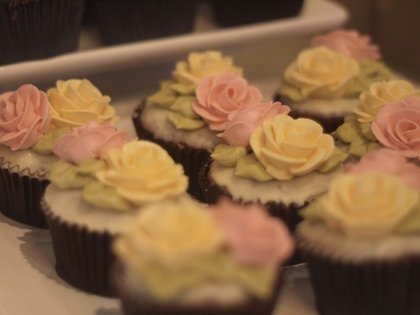 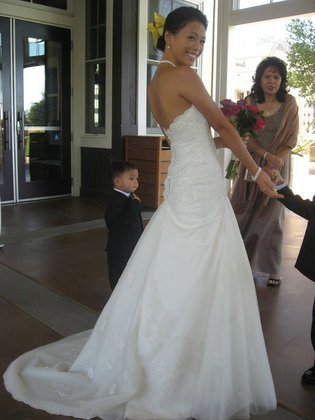 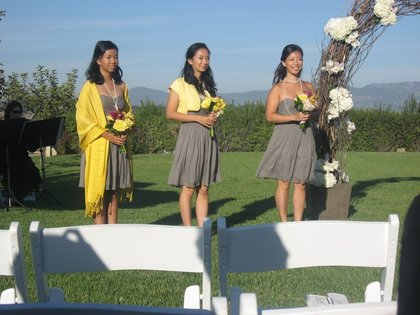 TCI is by far, one of the most professional, friendly and helpful wedding vendors we worked with during our wedding. From the stunning property to the thoughtful help we received from their on-site wedding coordinator, Brooke Baglietto...we could not have been happier with the Carneros Inn team on our big day.

Of course, with such a A-team like theirs, the venue is pricey but well-worth it if you need a proficient and professional team at your service. Unfortunately, the wedding industry in Napa and bay area can charge you an arm and leg and still not deliver what you want or even need...

Again, I commend TCI for meeting and exceeding the standard wedding expectations in service as well as in F&B and property aesthetics.

Further to my last point, it was easy to host our whole wedding day at the Carneros Inn given they have a few high-quality gourmet operating restaurants on site, a handful of pristine sections to lounge around at and a well laid out property floor plan to facilitate a seamless transition from ceremony to reception.

I highly recommend the expertise of TCI for any discerning bride-to-be!

I kid you not, this place does some really high quality and beautiful cakes.

At first, when I heard about the raves people (including my planner and a few other vendors we worked with)Perfect Endings was hauling in - I was very skeptical. I mean, there is only two types of cake right? Good cake and bad cake, I thought.
I figured, I'd pick what cake was generally tasty and just focus on if they could do detailed, neat cake designs for my wedding cake.

Thankfully, we went to their cake tasting and were completely blown away! It was like night and day between Perfect Endings and all the other cake vendors we did tastings at. (Which I have to add, their tasting is a very comprehensive and serious affair, lol).

Anyway, we went with Perfect Endings for our 3-tiered hexagonal wedding cake with a textured buttercream frosting and cymbidium orchids cascading down the side. Inside, the bottom tier was a rich vanilla pound cake with raspberry coulis, the second tier was chocolate-chocolate and the top tier was red velvet.
(We also ordered 3 dozen cupcakes in carrot cake, chocolate chocolate and red velvet flavor because it was just such a great value and very reasonable prices).

Only thing to note is that, yes, Perfect Endings knows they are pretty close to perfect in all things cake - so don't be turned away if you don't feel you are getting pampered treatment. They have done some very high-profile clients and so be warned you might not necessarily get warm fuzzies after meeting with them (let's say, they are not really mean, or nice - just very business oriented).

But again, all of that won't matter since the cake is amazing and you won't have to see their faces again on the wedding day!

What I like about Sherrie, is that she is very personable yet completely professional.

Sherrie was of course, very capable (she gave me a dewy natural look and beautifully weaved and coiffed updo)and a pleasant person to work with.
I'm not much of a talker, and so I didn't feel the need to have chatty conversation with her but she also was very approachable when we did want to talk. I really appreciated her not breathing down my neck about the schedule or sweet-talking me so that I would want to give her a bigger tip. (Which we all want to be generous, but unfortunately, by the time you get to your wedding day you can't help but feel your wallet is pretty darn light...!)

Again, I think I lucked out with such a professional and highly-skilled artist. Although, every woman is naturally particular with their look, I'd recommend her if you don't already have someone in mind or normally use. 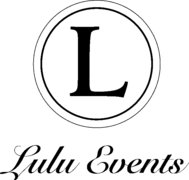 There are many high quality wedding planners for Napa Valley, however, if you are looking for one that conducts business with integrity, I would not recommend Angela N. of Lulu Events and here is why...

We signed Angela as our planner in May 2010 to help us with our Napa Valley destination wedding in October 2010. As we were planning our wedding from Asia and had less than 5 months til the big day, we needed a planner who was available and flexible to meet our demanding schedules. She claimed to be the "BEST PLANNER IN NAPA", provided us with "great" references, and assured us that she was very experienced in working with overseas clientele, so we paid our 50% of the fee to go ahead with Angela. (Note, she also emailed us that another party wanted to sign with her for an October 2010 event and given she has a quota of events she can do, we felt some time pressure... though, it was still our fault we didn't spend enough time to look around more thoroughly).

Unfortunately, shortly after signing the contract we realized Angela was not right for us. We found out early on that her schedule was not very flexible to our needs and she was at times even unaware of the drastic time zone differences. Apart from canceling & re-scheduling several of our conference calls, she was unable to meet us for two separate in person appointments that we had flown in for from Asia. The first time was a brief business visit to the Bay Area, but given the short notice of our travel itinerary and not being her clients yet, we gave her the benefit of the doubt. But she was unavailable again when we planned to do another week long visit to the Bay Area/Napa to do our wedding site check and by that time, she was our planner.

Maybe she was stretched too thin, or we were too far away, or we were not considered a big budget wedding, or that she often flies back and forth between Napa and southern California...but nonetheless something was wrong.

Within the first week of signing on, Angela was out of pocket for the first few days, then she emailed to reschedule our conference calls that week and by the end of the week, we were told she would not be able to accommodate us when we were in town for our site check. With the distance and impending time crunch until the wedding, it was at that moment that we realized this was not going to work out and that Angela would not be able to provide the service we needed.

We explained this to her over the phone and reiterated our concerns over email before asking if we could receive our money back or be billed for the work she had already done so that we could mutually cancel the contract. We thought this was a reasonable request given that only a few hours of work had been done so far and that our schedules just could not match hers. However, she was surprised at our request and refused to not only not provide the requested refund, but also stopped returning our calls and emails to work out an amicable solution.

In the end, we were able to find a different wedding planner and had an incredible wedding. However, we are deeply disappointed that Angela seemed more focused on her bottom line than caring about the wedding couples who have been saving and working so hard for their special day... 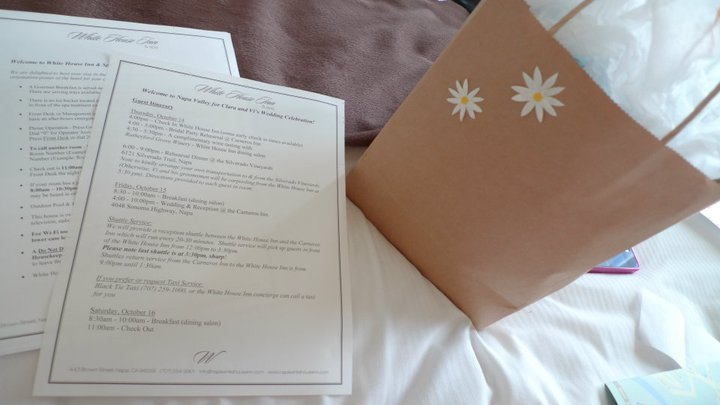