Our wedding turned out to be nearly perfect and all of our guests had a great time. A few of our vendors (dj and photographer) were from the Philadelphia area because that's where we live but they were willing to travel for a small fee. I would absolutely recommend all of our vendors except the dress shop in Palmyra (see review above).

Kim played everything we asked and nothing we didn't want played. She responded to the crowd by playing upbeat music that was fun to dance to and never resorted to cheesy wedding music. We were extemely happy with No Macarena.

Ricahrd runs a small catering business out of his home. He serves wonderful Middle Eastern and Indian food. When I was concerned about the few picky eaters at our wedding he made an Italian pasta dish for them but just about everyone (including my very picky grandfather!) enjoyed his Indian and Middle Eastern food very much. Richard was a pleasure to work with.

Heather makes lovely custom screen printed invitations. She worked with me to design our invites and they looked beautiful. We were very happy with Heather's work.

Andrew and his wife Leah were amazing on our wedding day. They were there from getting ready to the end of the reception and captured a lot of wonderful moments. They were totally unobtrusive but also really fun during the formal family portraits. We are VERY happy with the photos.

I wouldn't recommend this place to anyone. While their selection of dresses is quite nice, the saleswoman (and manager?!)who "helped" me was a horrible person. When I told her about a dress that I was interested in she told me that I "didn't want a dress like that, it's not good quality" etc. and then had my try on all sorts of dresses that weren't what I asked for. She was a bully and insulted me several times. I was about to leave when my mom saw a dress hanging off to the side of the store that was exactly what I was looking for. I tried it on and loved it. When I asked the saleswoman who made it she claimed that SHE had designed the dress herself and told us that if we bought it that day, we would get half off. I had a feeling that she was lying but of course at that point I was emotionally attached to the dress and we bought it. Later on I saw the dress online, at watters.com. 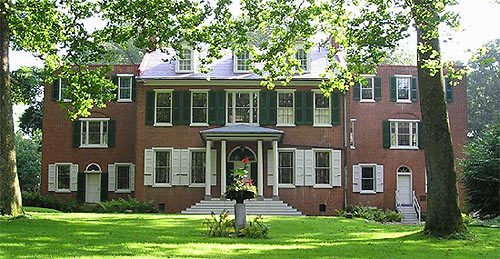 Wheatland was a wonderful place to have our ceremony. My husband and I had always wanted to be married outdoors and Wheatland had just the right spot for us. The people there were friendly and helpful. 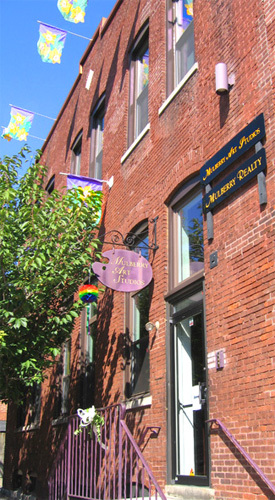 We absolutely loved the Mulberry as soon as we walked in. It's such a unique place and we absolutely loved April who helped us immensely with everything. The whole staff was incredible and we couldn't have had a more lovely reception.

This hotel is amazing, and everyone who stayed here absolutely loved the decor and staff.

I'm pretty sure that everyone who stayed here thought it was fine.