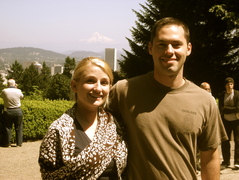 We were married in Newport, RI in October. I'd recommend trying to find a venue that will give you a shoulder rate at this time of year, since there wasn't anything going on in town when we were married. It was costly, but we loved our wedding!

The cake we got here was very costly. We decided on two cakes (three tiers each) to feed 120 guests. It had very simple decorations; butter cream design on butter cream. Fondant was extra, color was extra, etc. The cake was delicious (from the one bite I had). They were also late delivering the cake. I don't know what the problem was because they never called to apologize or anything, but they were supposed to deliver the cake before 5pm and it arrived after my husband and I did (after 6:30pm). Made me a little mad. I do love their bakery though in Middletown for lunch.

Job Palaya was amazing. We met with him about two weeks before the wedding and went over the details (ie people's names, songs we wanted, songs we didn't want, etc) and he delivered. He had perfect timing, excellent poise, and a great song selection. I'm pretty sure everyone was on the dancefloor from the first song on! Amazing!

I really wanted to give them five stars because I loved working with Joy and her arrangements were amazing. The only problem that I had with them is that I paid for a "throw away" bouquet for the bouquet toss and we never got it. Also, it said in my contract that someone would be onsite the day of the wedding to move the flowers from the chapel to the venue for us (literally a two minute drive) and no one was there. Because of that, my family and bridesmaids had to move them themselves and we missed getting extra photos with them because of it. :(

We loved getting married here because Father Almeida was awesome. He let us make all the decisions and just kind of guided us through the whole process. We really liked that the church was small so it felt like everyone was right there with us as we said our vows. The only reason they lose a star is because it was next to impossible to get the staff here to return our phone calls and it was nerve-wracking for us to find a cantor for the service in one week (when they forgot to mention that we'd need to hire one ourselves). 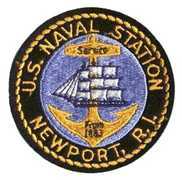 Venue was great, location was great, staff was great. We worked with Shawna, Wendy, & Kelly and they were all very helpful. The location is in a nondescript building on base, but the inside is actually very nice. I'm only knocking them off one star because they were expensive. We were married at the end of October and we still had to pay "on season" costs, which were a lot. We went with them because we thought getting married on base would be cost effective, but after all was said and done, this ate up a lot of money. But, you get what you pay for. I would give them 4.5 stars if I could. Also, we couldn't account for one of our cards at the end of the night (I'm not saying anyone on staff stole it), but I'd definitely get a box with a lock on it just to be safe. At the end of the night the staff was piling all of our things (ie table decorations, cake table knick knacks, etc) onto the gift table, which led to it being hard to keep track of the gifts. I would recommend against that. :( 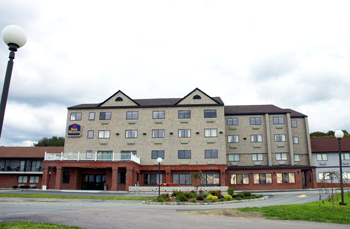 Amazing! Everyone on staff here provided an excellent stay for our families. We wanted one location where we knew the families would be looked after (and kept separate from our friends!) and the Beech Tree Inn definitely accommodated us. Staff was attentive, we were consulted on room arrangements which was helpful, and breakfast was delicious! 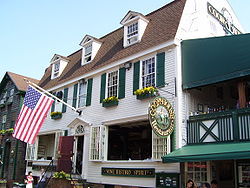 Everything was amazing here. We rented the Yacht room upstairs and while it was a little crowded, it was definitely intimate. Staff was very professional and courteous. Everyone commented on how delicious the food was! 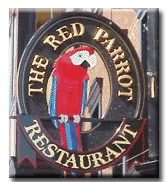 My husband and I went here a week before the wedding to warn management that we were going to be meeting here with potentially a lot of people after our rehearsal dinner and they assured us that it wouldn't be a problem since October is considered the "off season." Well, needless to say, they were completely overwhelmed with people when we arrived and they directed us to the upstairs bar. There was not enough room for all of us to stand near the bar, so some guests tried to move to empty tables on the second floor and got yelled at. We were also getting shoved around by servers who were trying to get past us as we were all crammed in by the bar. I had to go and talk to the on duty manager and complain that this was unacceptable since I had come in earlier in the week to warn them before he offered to stop seating guests upstairs and we could sit. Poorly managed and poorly treated. What upset me the most is that most of the dining guests that they had in the restaurant were our wedding guests. We sent them tons of business that night and they were rude. I won't be going back.