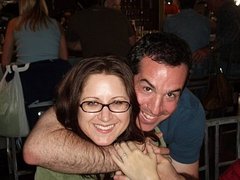 Having a lot of guests come in from out of town was an interesting challenge. But San Diego is our home and a wonderful place to visit. Everyone appreciated our summer weather and we heard from a lot of guests that they really felt like they were on a vacation. Overall, we were extremely happy to feature our beautiful city and take advantage as much as we could of local vendors.

Chanra did a great job on my hair and really took into account what looks good on me. Not every up-do will suit, so her approach was appreciated. I did have to wait when I got there as she was working on another client and that didn't give me a lot of time to dress later on. I absolutely loved her work but I'd recommend the extra expense of having her come to you on your wedding day. 910 W Washington St
San Diego, CA 92103
(619) 297-2200

This DJ promised a lot, spent a lot of time (and made us do a lot of work) building a music library exactly to our taste. Only a few of those songs actually showed up on the wedding day. He arrived sweaty and disheveled, but cleaned up and did a good job with the ceremony music. Then he played our cocktail music at a faster than recorded speed. When he was approached about this, he initially refused to change it until my matron of honor became forceful. The rest of the night I heard about three songs that we'd requested, broken up by cheesy DJ standards and ending with the very rude "Hit the road jack." He also completely bungled our slideshow, playing the wrong music, and insisting that everyone pay attention while he fumbled with the projection screen. Because of the guests we had, the details we added to the night, and our ceremony and love for each other, a lot of people had a great time.

Michael Tyler of Golden Tree photography was a joy to work with. He shot my wedding and aso my matron of honors and delivered above expectations both times. He is completely invisible when the festivities begin and ends up capturing beautiful moments that allow you to relive your wedding day in such a lovely, tender way. He also is ridiculously affordable, kind and professional. Hire this photographer. In fact, I'm trying to find a reason to hire him again, myself.

We tried to stay local as much as we could, and we used Chocolate Haus for our wedding favors. Instead of choosing from a set inventory of candies, they asked us exactly what we wanted and made just that. It was perfect, as I had made my own containers for the chocolates, and they fit every piece perfectly. They were also reasonably priced. You'd think custom chocolates from a mom & pop would be more expensive than a bulk buy from an internet vendor, but they were actually far far less so. I loved working with them. 947 Turquoise St
San Diego, CA 92109
(858) 488-4857

These people are truly experts. They take the time to really understand what you want you wedding to look like and then create something even more beautiful than you imagined. Their attention to detail and thoughtfulness alone are worth the money. They bring extra boutonnières since the groom is bound to hug his off. They treated my wedding decor as a whole as is it were something sacred and were a joy to be around. You will never find another florist in San Diego as good as Che Bella.

I was at a loss to find something unique, classy, and in the colors we wanted (purple & orange) until I found White Aisle. They fit this criteria perfectly and gave us multiple proofs online to ensure we got exactly what we wanted. They were far more affordable than anything else that might have marginally worked for us, and have all the elegance and quality of the big name invitation printers.

If you're planning a Jewish wedding (or especially if one of you is Jewish and the other not) Cantor Bernstein is a fantastic choice. She met with us for moths beforehand and not only got to know us, but asked us critical questions throughout the planning process to make sure we'd anticipated the necessary issues. On our wedding day, she delivered a service that was so personal and beautiful. We really felt like special individuals who were being connected to an ancient tradition. 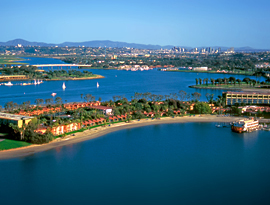 The staff at the Bahia took great pains with us. There was no request they denied and they were always cool-headed and friendly. We did hear from several guests who stayed there that they had trouble checking in at a reasonable hour and were even delayed beyond the time they were told to wait. However, once everyone was tucked in, they had a very relaxing stay. 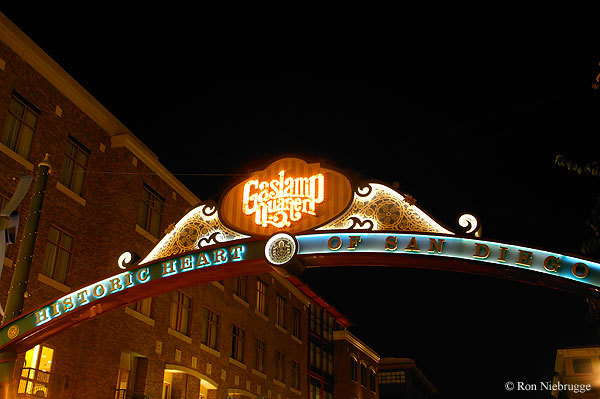 People just could not stop talking about the William D. Evans dinner. The location and staff really helped people feel welcome and special. The food at all the Bahia's locations is way above average for the size of the venue and the price. It worked out perfectly.

We go to the Lamont Street Grill at least three times a year and always feel like we've had a treat. The food is completely dependably great, and the service is great in a very relaxed style. Moreover, they handled our very un-regimented rehearsal dinner with grace.