Our wedding was everything I dreamed of and then some! I love autumn weddings and the first weekend in November was absolutely perfect for us (even with the NYC Marathon taking place the next day). Our vendors were incredibly professional and delivered nothing but top tier service. For the most part, I would recommend all of our vendors to friends getting married.

It was such a pleasure working with Erik and the performance that he and his 10 piece band put on was heart-stopping. Guests from the wedding are still raving about how incredible this band was. Everyone was on the dance floor and it made for the best party imaginable.

We really enjoyed working with the people at Christ Church. We were able to have our pastor (who was not part of this church) marry us and it was really a special experience in an absolutely breath-taking location.

Perfection. The food, the ambience and the professionalism are second to none. 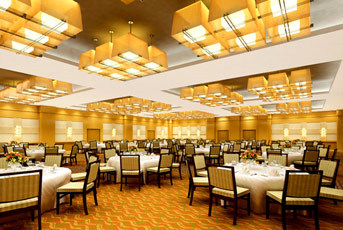 I was not entirely thrilled with this hotel. They were not accommodating to our requests in the ways I expected from such a well-respected establishment. On a number of occasions we had to escalate issues to management and get my father involved as well. I often felt that they were not understanding of how large a group we were trying to accommodate for the wedding and at times did not take me or my husband seriously until we involved my father. They also were not entirely truthful or forthcoming when describing our honeymoon suite, as it was not one large room but rather 2 rooms that shared a corridor. This room was also used for the groomsmen to get dressed and due to the layout the guys were unable to get formal photos all together in the room, which was disappointing. The one benefit was that there was no financial obligation associated with our contract there.