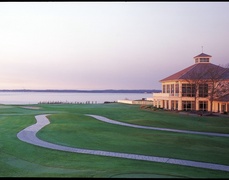 Horrible! They ruined my wedding!

When we were looking for locations to have the wedding our biggest concern was ensuring that we would have a location that can accommodate the Hindu wedding ceremony. The ceremony includes a small fire in a pot of about 5 inches by 5 inches that the bride and groom walk around. We met with Cheryl Romano who showed us around the club and assured us that this would not be a problem and that it has been done for multiple weddings like this in the past. We have also experienced a wedding with a similar request at the country club back in 2000 when my cousin got married there. She also had a Hindu ceremony where there was a small fire. Throughout all my communications with the Country Club they had always confirmed that this would not be an issue. The day before the wedding at the rehearsal Cheryl met us at the country club and explained to us how she would open both doors in the ceremony room to increase ventilation to ensure the fire alarm would not go off. I saw Cheryl upon arrival and she never mentioned anything about issues with the fire. On my wedding day, I walked down the aisle to discover there was no fire for the ceremony. I had asked the priest what happened and he said that the management had come to him moments before the ceremony was about to start and told him that he could not light the fire. Cheryl confirmed that she had gotten instructions from Jim that day that they could not do it. Since there was no fire, there was no wedding and to this day we remain unmarried. If the country club did not want to allow this type of ceremony they should have been honest about it from the beginning and allowed me to book somewhere else.

· Entrée was over cooked and cold. We had a menu tasting to select the entrees for the reception and they were all good. On the night of the wedding, the main dish was a chicken that was served extremely overcooked and cold. I heard multiple complainants from my guests about the chicken. We addressed this with Cheryl and she confirmed that there was an unusually large amount of chicken on everyone’s plates that was thrown away that night and she knew it was a concern before we even brought it up.

· The bar was poorly stocked for the entire evening. We paid extra to have a premium liquor package to include J&B whiskey as we know it is the drink of choice for our family. One hour into the reception the groom asked for a drink with J&B and the bartenders said they were out. This was very embarrassing as we knew this was our guests drink of choice and we had talked to the Country Club about this to ensure they would have enough on hand. My mom went to the bar and ordered a soda and the bar tender had told her they did not have any. How does the bar not stocked with something as simple as soda?

· Service was slow and unfriendly. The server that my fiancé and I got was forgetful and we had to remind her for things over and over again. During our champagne toast, we brought in special glasses champagne glasses, as most bride and grooms do, however they were never filled. So while our toasts were going on the bride and groom had no champagne to toast with – just empty glasses! Another server dropped the main course down the back of my groomsmen wife’s dress. Her dress was ruined and she was so embarrassed and upset the rest of the night as anyone would be if an entire plate of food was dropped down their back. Cheryl witnessed all of this happening and confirmed she would talk to the staff. She also mentioned that they were understaffed that night and that is why everything was going slow.

· We purchased a large beautiful wedding cake and had planned with Cheryl to have the cake stored in the corner of the room and wheeled over to the middle of the dance floor during the time of the cake cutting. During the reception Cheryl came to me and stated that mistakenly they had placed the cake on a non wheeled cart and now could not transfer it to the dance floor. If I had cut the cake in the corner of the room, none of my guests would be able to see the cake cutting which is a significant event for any wedding reception. I got two of my family members to move the cake themselves to the rolling cart and they did it with great ease in seconds. I still do not understand why this was an issue for the staff to do on their own when it was their fault they put it on the wrong table, especially when this was planned in advance. Also, we had bought a separate vegetarian cake for vegetarians to eat that was not served when the wedding cake was served to the other guests. My mom had to find Cheryl and ask where it was and she said the staff forgot to serve it. They ended up serving the cake well after the dessert time had passed and we had more upset guests.

· The wedding reception area was uncomfortably warm. This made it hard for the guests to enjoy and dance during the evening because of the hot temperature. People constantly had to go outside to get cooler. I asked Cheryl throughout the night about the A/C and she said that she could not make it any cooler.

We have contacted Jim Killion, General Manager, regarding these issues and he has refused to apologize or do anything to remedy any of the things that went wrong.