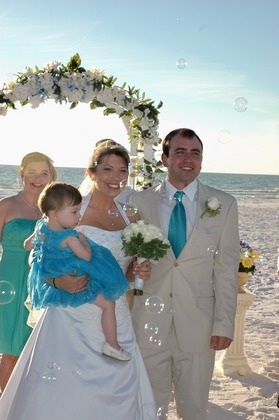 We managed to have our low budget, high quality wedding on Siesta Key Beach! Spent less than $5000 total and everyone had a great time! Siesta Key is such a beautiful place that it would be hard to have a bad time there! The weather was absolutely perfect and we Can't wait to go back! 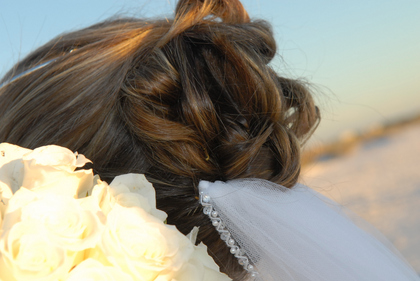 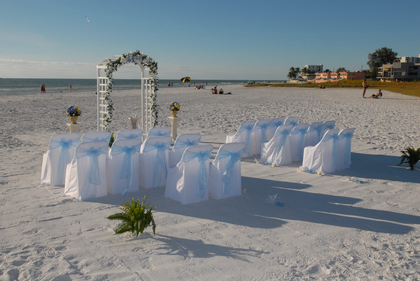 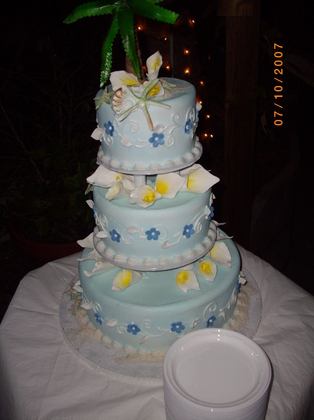 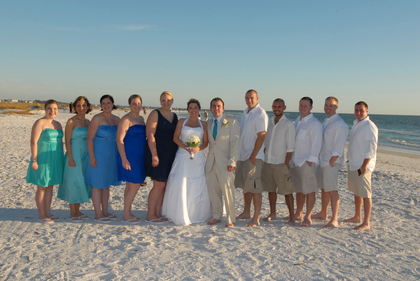 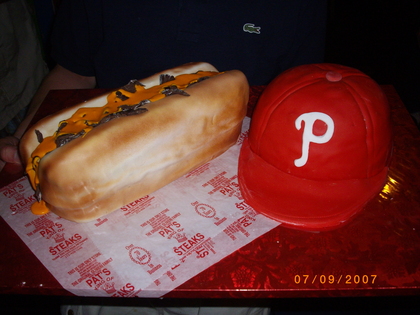 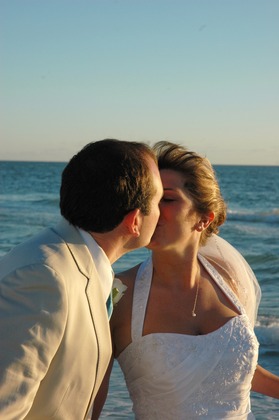 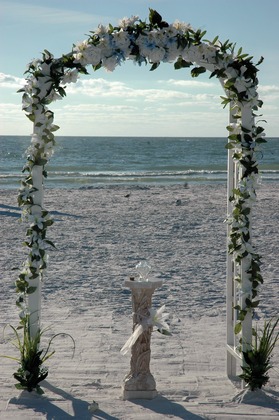 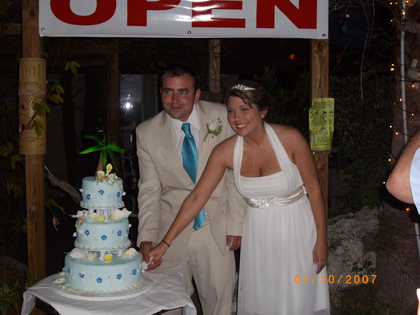 Communication was great. Since we're in Buffalo and she was in Florida that way key. The reason I only give them 3 stars is because the wedding planner didn't show up to the rehearsal dinner. Yeah. When I got a hold of her the next day, she told me that she "wasn't scheduled" to be there. She's the only person from the company that I'd been in contact with the entire time and we had discussed before that she would be at the dinner with itineraries for the wedding party. I mean, she's the wedding planner! Needlless to say, we didn't rehearse anything at the dinner. It was pretty embarrassing to those that noticed. Also, the music at the ceremony was nonexistant. Well, apparently it existed but nobody could hear it. Everyone was asking afterwards why there wasn't any music. I understand that it might be hard to get music to be loud enough on a beach, but to hear nothing during a wedding ceremony is ridiculous. They're a company that specializes in beach weddings. They should have it figured out. Other than that, the ceremony was beautiful, decorations were nice, and she was great to work with. In general.

I ordered both my wedding cake and grooms cake from Ron. The grooms cake was awesome! It was a Phillies hat and a Cheesesteak (my husband is from Philadelphia). It was also absolutely delicious (marble cake with peanut butter filling). Only problem we had was that when we went to pick it up, we found that they had moved the store! It wasn't far, but with lights and traffic it cost us about 20 minutes. Since it was right before the rehearsal dinner and I was tight on time, it was a little stressful for me. The cake being great made me forget about that though.

As for the actual wedding cake, I drew out a cake for him to make. It was fun and unique and didn't look like a traditional wedding cake. Ron made an interpretation of the drawing rather than basing the cake on the drawing. It looked like a traditional wedding cake for the most part. It did have some of the features... Light blue, palm tree on top (was supposed to have a beachy scene on top), gum paste seashells. Don't get me wrong, it was an absolutely beautiful cake. It just wasn't the cake I drew or even close to it. He also didn't ask me any questions after our initial meeting, which I thought was odd. I thought it just meant that he had it all set, but now I wish he had asked some questions. All in all, the cakes are beautiful and every flavor I've had has been delicious. I'm not a fruit in cake person, but the raspberry filling was to die for!

My dress was beautiful. And it was expensive. They didn't tell me the prices of extra items until they gave me the bill. DO NOT BUY THE EXTRAS AT DAVID'S. $75 bra? $150 veil? Another $50+ for a petticoat?? AND it cost me another $200+ to get it taken up a quarter inch and bustled. I thought it would be included in the price of the dress, until they handed me the bill after my fitting. Take it elsewhere. I didn't even need any of the underthings given the thickness of my dress, but they assured me that I would definitely NEED these things. Oh, and I also get tons of phone calls from their partners TO THIS DAY. At all hours. Thanks for that, DB! 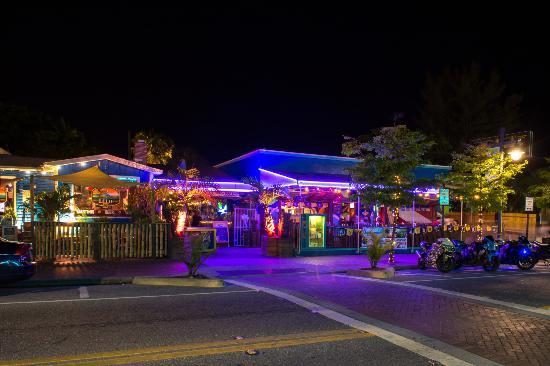 Awesome! Communication was a bit lacking (hard to get a hold of people there via phone or email) but the reception was perfect! If you're not having a super-formal wedding, you should really check them out. Great prices (around $1200 for 50 people, beer, wine, champagne and several buffet options, salads, and apps). We had our own private patio in the back, with a palm trees all around. Everybody had a great time and the staff was at our beck and call! Couldn't have asked for a better venue!

It was a little chaotic when we first arrived, because we had miscommunicated on something with the table setup. We had around 30 people and our cost was around $900 including tax and gratuity! Each person was able to order whatever menu item they wanted. We also put appetizers on each table (which we pre-ordered) as well as the oysters and crawfish on most tables. The appetizers were there a little early since it took a while for our guests to get situated, but all in all it was a great meal and everyone was happy with it. Servers were friendly and accommodating (although a couple of them didn't seem to have been prepped in the details of our party. One girl kept asking about the payment details and who was included in the bill (even though our entire party and everything they ordered was included). The food here is absolutely delicious! We ate here a few times while we were in town!