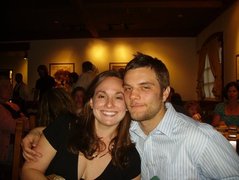 Our wedding in Atlantic Beach was pretty much perfect. The weather was absolutely gorgeous (not a cloud in the sky and 68 degrees). The people are so friendly and willing to help. This beach is special to us and I'm so glad we chose it as our destination. The Coral Bay Club is gorgeous and a perfect spot for a wedding.

My wedding day went smoothly and everything was beautiful. Roger understood my vision and the result was almost exactly what I had imagined. As much as this pains me I have to give two stars because of the extreme lack of communication and nonchalant attitude PRIOR to the wedding. I hired Roger over a year before the wedding and while we did have two face-to-face meetings, everything else had to be done via phone or e-mail sine I live seven hours north of Atlantic Beach. The problem was, Roger took days, weeks, and sometimes even MONTHS to respond to my questions. I was far from a "bridezilla" but of course had imortant questions regarding the planning, which I paid a large sum for up front and in full. When he did respond, he acted like it was no big deal and assured me everything was great. Fine...but ya still need to respond in a timely and professional manner! It took my mother finally calling him a month before the big day and nicely requesting better communication before he made somewhat of an effort. Again I would like to say that I chose Roger because of the great review I read and the day was absolutely gorgeous and drama-free, which I completely appreciate. But it's sad to me that my only pre-wedding stress was caused by the one person who was supposed to alleviate it, and was paid very well to do so. If I had been a bridezilla, all I can say was that this review would not be so friendly!

The flowers were indeed beautiful on the wedding day, however a few issues:
1. Because of problems mentioned above which
Roger admitted to, I was nicely offered my
requested orchids at no extra charge, which I
accepted. On the day of my bridal portraits
however, I was given a hideous bouquet of fake
orchids to carry as well as fake orchids for my hair.
I was actually embarassed with the bouquet but
had no choice but to carry it for the pics.
I did get the real deal on the wedding day thank goodness.
2. I specifically asked for no greenery and only flowers to be placed on my bamboo arbor on the
wedding day. What I got was lots of greenery and
fewer flowers! Also I had requested, even sent a pic, of three different shades of blue sheer fabric
draped over the arbor. I was told this wouldn't be a
problem. What I got was one shade of blue and
white, and a totally lame excuse. If you can't give a
bride what she requests, then don't tell her you
can...no big deal! 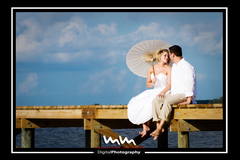 The most wonderful photographers ever!! Exactly what I had hoped for, stunning and creative pics, and Ena is a total sweetheart!!'

Patrick took time to meet with Billy and I and seemed cool with our very specific and somewhat unusual music requests. He told us to make a list
of every song we wanted played and when, and the ones we didn't. He also appreciated our
honesty when we asked for "more music, less
chatter". He definitely delivered and was very cool.
My one complaint is that during the reception I noticed songs being played that were not on my list while other requests were left out. Granted we were very specific and of course understand that everything would not be super perfect. But when I went up to ask him very nicely if he would please try and stick to the list, he said nothing and gave me a bit of a look. But all and all he did a really good job.

Jimmy is a treasure suggested by Roger Carter. He did the cake we wanted exactly out of the magazine pic and made sure we got all three unique flavor combos we requested. Everyone raved! I'm so glad we did NOT use A Piece of Cake in Newport whose tasting we went to first. The owner obviously forgot we were coming (from Northern VA), kept us waiting over an hour, microwaved everything, took smoke breaks, and hit on the groom...classy.

Kelly is Rogers business partner and again, extremely poor communication. None at all in fact. I tried to contact him for the almost six months
leading up to my bridal portraits with absolutely no
response. I called, emailed, even used facebook to
send pics of hair I liked. All I wanted to do was
discuss some ideas about styles so I could make
sure we were on the same page. I Iive 7 hours
away so it's not like I could do a bunch of trial runs. Roger assured me that everything would be
fine. On the day of my portraits, the first day we
ever spoke, I asked Kelly if he ever received any of
my messages. His response, and this is a direct
quote I swear, was "oh I got your messages but
felt deliciously evil ignorning them knowing it was
stressing you out." Then he laughed. Joke or not, it
hurt. He did do a great job on my hair but a week
later Roger informed me that Kelly would no longer
be doing any bridal hair due to one too many
bridezillas (although he assured me I was not one of them). They did give me a referral, but when I
called that salon, everyone was booked solid on
my wedding day. My mother finally talked Roger
into getting Kelly to agree to do my hair when she
called to discuss the other issues. This was after a
week of me fretting over finding someone, less
than a month before the wedding. He did do my
hair and did a fine job, but all in all it was an awful
and stressful experience. I also want to mention
that Kelly's salon reeked of cigarette smoke (as did
Roger's studio, where all the flowers and fabric
were). SO unprofessional!

Lindsey from the Newport Belk Clinique counter did an absolutely amazing job on my bridal portrait makeup. It looked completely natural, a more beautiful version of me. She was so sweet and made me feel totally at ease, which I was grateful for since I had just come fromthe hair salon. Kristi Gray from the same staff came to the club to do the wedding day and she was also wonderful.

This gal did a great job with the video. She was unobtrusive and got in and out quickly. The video was gorgeous. Only one complaint: a song was added to the very beginning of the video which we didn't know and it was pretty cheezy. We wished that we had been told about this beforehand so maybe we could have chosen a song we liked. I think we might try to edit it. Otherwise we were very happy with everything and our families were as well. 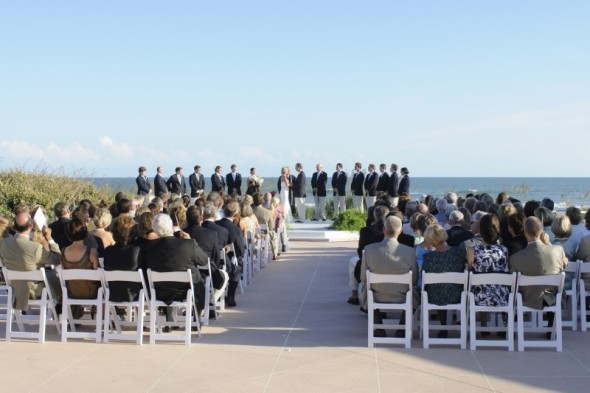 One more thing about this place...it is all handicap accessible whic is one of the reasons we chose it as my mom is disabled. The staff was very helpful to her and she found it easy and pleasant to navigate!

Tammy was fantastic, clear about everything, and the food and service were incredible. All of our guests commented on the great food and beauty of the location. The staff even danced along to our music which was awesome. We could not have picked a better place for our wedding!

Beautiful. Rehearsal dinner at the Milazzo was great but the service was very slow and there was loud music from the nearby bar playing over the restaurant's. Good food. 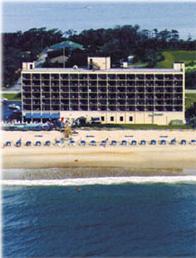 MY guests loved this hotel but not all of them received our welcome bags that we hand delivered!
We stayed here when we took our planning trip and loved it. Incredible value and view and super friendly staff!

Our younger guests had great things to say. Great value, comfy cute rooms, and close the club. We went there post-wedding to party with our friends and had a blast. 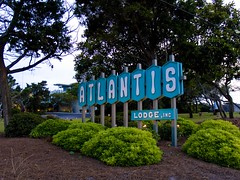 Coolest hotel ever. We loved bringing our dogs and the location was great. The staff was very friendly and even allowed my wedding favors to be shipped directly there...great so we didn't have to haul them down from VA.