The planning stages went so smoothly - Diana was great to deal with and answered all of my questions. Our DJ, Scott, and his wife/assistant, Kathy, were amazing at our reception. Scott definitely knows what he's doing and was just perfect that day. He helped keep us aware of when things needed to happen and gave us updates during dinner while we were thanking our families about how much time we probably had until we needed to start with the dances - based on the guests and the feeling in the room. He was awesome at directing our bridal party and keeping things moving along. He played all our "must plays" and did an awesome job playing the perfect mix of music to keep people dancing and celebrating all the way until the end of the night. I think he ended up having to play three or four "last" songs to get everyone off the dance floor and out of the venue! And Kathy was a lifesaver, taking care of organizing my bouquet in the vase we brought to hold it (with crystals and LED lights inside) which was way too difficult for me to try to organize when we were sitting down to get the toasts and dinner started. She also fluffed up my tossing bouquet and made it even prettier than I thought it could be! And when my bustle was unhooked when I stood up from dinner, she was right there offering her assistance. I honestly cannot think of any way they could've done a more amazing job that night! Everyone was so impressed with them and I haven't stopped hearing what a great party it was and how much fun they all had - I think that's due in large part to Scott's DJing skills for sure.

Choosing Making the Moment to do our photos for our wedding day was one of the best decisions I made in the whole wedding planning process. Brett was great to deal with in the planning stages (both for the general photograph and the LiveBooth). He was awesome about calling and e-mailing right back and answering all of the questions I had as we figured things out. He is genuinely excited about your day and providing the best pictures possible. And our photographer, Benjamin, was awesome to deal with as well. He was great to talk to when we figured out the details of the day (and was as excited as Brett was about everything we had planned) and when the day finally arrived, he was amazing in person. He had an awesome personality and got along great with the wedding party. He was joking around with us (and rolling with the punches from my bridal party) pretty quickly after arriving at the salon to meet us. He was great at keeping us upbeat, but also finding a way to sneak in to take pictures when I least expected it (which I’m sure will result in the type of pictures I loved on their website). He was really good at keeping things moving along during the formal session at the church after the ceremony and then came up with some awesome set ups and ideas during the more creative session before the reception. Based on the general ideas he was relaying and the couple shots he showed us on the LCD on the back of his camera, I know that we’re going to get some amazing shots.

We also did the LiveBooth, which goes above and beyond any photobooth you might consider using. It was something we added on only a couple weeks before the big day, but it was worth every penny and I’m so glad we did it. Not only did everyone have a great time using the props (and being inspired/directed by the photographer Anna – who was such a blast – she even ended up joining a couple pictures since people liked her so much!), the pictures were up online on Monday morning after our wedding. It was awesome getting to see all the fun at the airport on our way out of town on our honeymoon – and also to get e-mails and texts from everyone telling us which ones they loved.

I can’t speak any more highly of everyone at Making the Moment and recommend them to everyone who might be getting married (or need any kind of professional photography) in the future.

I found Karin through my mom, who had a cake from Karin at my grandparents’ 60th wedding anniversary party. It was an awesome cake (beautiful and delicious), so I knew Karin would do an amazing job with the cake for my reception. I had some ideas about flavor, colors (both inside and out) and overall appearance. Karin listened to my ideas and offered advice and insight and together we came up with something that exceeded my expectations. The cake was delicious - although I only got one bite when we cut the cake, everyone told me all night how tasty they thought it was. And even though Karin is based in Hudson, she was able to transport the cake to downtown Cleveland and it looked perfect! Any time I need a nice cake in the future, Karin is going to be my first call! I definitely recommend her.

My mom met Molly at a community expo in Hudson and even though at that point, I wasn’t really thinking I’d have any flowers, I went along to meet with her to see if maybe there was something she could do for centerpieces so we wouldn’t have to set them all up ourselves. Well, Molly’s excitement and enthusiasm and her ideas about less “flowery” flowers definitely changed my mind. Molly and I discussed the types of flowers and overall arrangement “looks” that I liked and she came up with multiple ideas of what she could do that she thought I would like. We figured out what would work best and she took care of everything. I wasn’t totally sure what to expect when I walked into the church and later the reception even though I had had multiple conversations about the overall look with Molly, but the arrangements on the altar and then the centerpieces at the reception exceeded every expectation and were gorgeous!! She made beautiful corsages for the mothers and succulent boutonnieres for the guys that were just perfect. Molly was so great to work with and I would highly recommend using her for any and all flower arrangement needs! 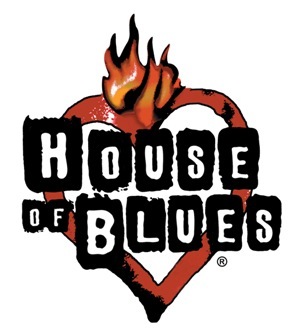 When I started looking into reception locations, I didn’t even know the House of Blues was an option. I thought it could be an interesting venue and set up an appointment. Within the first ten minutes of the meeting with Rachel, I knew that HOB was the perfect location for our reception. Rachel was amazing to work with throughout the whole planning process. She was quick to respond to e-mails with all my questions and she made sure to keep the whole process moving along and keeping me on pace to get things done when they needed to happen. She also handled coordinating all the deliveries and set up with the various vendors we used for our music, photography, cake and flowers. When we did our final walk through the week before the reception, Rachel was so helpful in helping me nail down all the details and fully wrap my head around how everything was going to look. And on the day of the wedding, Rachel was there to make sure everything ran smoothly. She helped coordinate the timing on everything with the DJ and made sure we were where we needed to be at all the right times. She was so great and I wish I could work with her again sometime soon!

With regard to HOB in general, I could not have been happier. The food was amazing – everyone I talked to said it was the best “reception food” they’d ever had. Everything was gorgeous – from the table set up to the lighting and candles. The on-site technicians handled designing and setting up all the lighting in a way that would coordinate with our colors and make the space look amazing. And really, you can’t go wrong with a head table on a stage where so many awesome bands and performers have appeared over the years! HOB provides an amazing and unique location for your reception and I would definitely recommend it.