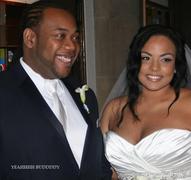 As an "offbeat" bride, I wanted all of my venues to speak of us as a couple. I wanted every detail to tell a story to our guests about who WE are. I accomplished that in more ways than one, but as for the venues that we chose, we struck gold. To every bride out there who has a dream of what their big day should be, all that I can say is go for it. It's out there! Our wedding in Montreal, Qc was one of the most beautiful and original that I had ever attended. And it was MINE! :) I wish every birde out there the time of her life while planning. If ever you wanted any info on ANYTHING concerning wedding's in Montreal, it would be my pleasure to lend any advice I can. E-mail me anytime [email protected] I am NOT a wedding planner nor am I aspiring to be one, so don't worry - I am not here to make offers. I just LOVE event planning in my free time, and I had a BLAST planning my wedding. Just waiting for my best friend to get engaged already so that I can get back on the band wagon. Lots of love.
Vanessa

Not only were the flowers beautiful, EXACTLY as I wanted them and ON TIME... the owner Anais is a doll. She gave us a very fair price for what we wanted (Calla Lillies in NOVEMBER - VERY EXPENSIVE usually) and the arrangements we're adorable. We wanted it very simple - and that's exactly what we got. She is a visionary - and produces beautiful arrangements to your tailoring. It is not a big shop - however she has a studio in her basement to make the arrangements (check out the website) basically meaning the cost of renting the space is not included in your price (the store markups). The ONLY one thing I didn't like (my fault I guess) is that we got them the night before to avoid stress... which the flowers were fine overnight... but the instructions were to leave them in the water. Well - come wedding day - they were wet and drippy. Not a good call when you are walking in a white dress. Other than my advice to remove them from the water perhapse the morning OF the ceremony - les petites excuses were a little surprise and a wonderful hidden gem! 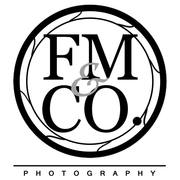 If you are going to take ANY of my advice on a vendor... it's going to HAVE to be this one. Listen closely... Engagement shoot, wedding photography 8hrs (all day) AND video... under 3000$. Now if I were reading this I would be cringing at the thought of what I would end up with. I am here as an advocate that they not only produce some of the nicest wedding photography that I have seen, but they are current, they are true artists, easy to work with and absolutely lovable. I can't express how much of a JOY it was to have them as our wedding photographers and videographers. Interestingly enough - they are based out of Toronto (so if you only speak french... get a translator :) BUT they work in Montreal as well - at no extra cost. We found them as our friends were getting married and used them for their engagement shoot. Not only were the pictures gorgeous, they were all candid photos. No posing... no fake smiles... every shot they took was from a REAL moment her husband would make her laugh, or as she rested her head on his chest. They also did our friends wedding video. I didn't want one initially... but when I saw theirs - I HAD to have it. It's not the typically 30min video no one really wants to see. Trust me, your friends and family will thank you for it... it's a 5min highlight reel to the song of your choice, which in the end looks like a music video of YOU to your favorite love song. I could go on and on about them... but I leave it to you. GET IN TOUCH WITH THEM IT'S A MILLION % WORTH IT. If I could add another star I would. We even made it to their web page. We are one of the couples in the picutres that show on the main page. :)

Ok... so this post goes out to EVERYONE. Read in full! I am of mixed race. I have black in my genes and I also have brazilian in that mix. There are MANY more places to mention when it comes to "where I come from" HOWEVER my hair reflects what I mentioned above the best. I have very long hair (down to my bum) and my husband is VERY attached to it. In the past, I have been traumatized by black hair dressers because they all seem to have this vendetta against my naturally long hair. A friend of mine was lovely enough to suggest this vendor for my hair for the wedding. Not only do I love my friend more for having sent me to the black hair Godesses in Montreal, but also for having set my hair up for life. They had to straighten, cut and style my hair... but they did so in NO WAY I have ever seen it done for black hair before. They go to the shows in Atlanta GA every year to LEARN new trends, products and styles. The girls are all Haitian, and the nicest girls you could ever hope for. My best friend and maid of honor is a mix of Italian and Portugese. Her hair is wavy at most and not very long. Not only were they able to do an amazing job with my hair, but they did her hair as well. Her hair was stunning. To be fair when she walked in, she was skeptical... but was pleasantly surprised by the amazing job they did on her hair. They very frequently accomodate wedding parties (go there on any given Saturday morning and you'll see). They not only do hair, but they do beautiful makeup as well. One stop shop. The one catch - they are pricey. BUT - wedding hair and makeup costs a fortune... and to be honest, I would pay it all over again. The work produced is reflected in the price. Honestly it was worth every penny. For anyone unsure of where to go - and for anyone who knows what I am talking about when it comes to finding a good black hair dresser - give them a call and get a trial. You won't regret it! 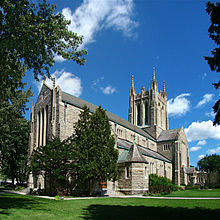 For anyone who values a catholic ceremony (without the mention of eternal damnation to all those who are none catholic lol) - the Ascension of our Lord is a dream. Fr. Pat Donnelly married my husband and myself. Not only is he fantiastic and funny, he is very loving and understanding. We got tons of compliments from our guests - ESPECIALLY the Atheists. It's a bit pricey - you are going to pay the "downtown" price, as it is located in Westmount BUT I have to say, it was worth every penny. It is large - but not overwhelming like many of the beautiful churches and cathedrals downtown. It is well situated and extremely beautiful inside. A must visit for sure!


View Ascension of our Lord Parish 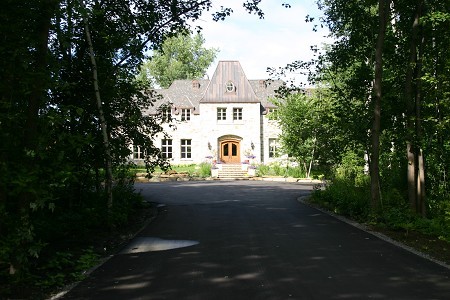 Stunning. Want an original space for your reception... well here it is. Only draw back for those having big weddings... they only hold about 100 people sitting. We had a small size wedding of 90 total - so it was perfect. It's elegant - a hidden jewel in Laval. For those who don't know, it's a vinyard! And not 20 miniutes from Montreal. It's an absolute MUST see. If even for a private event or even a rehearsal dinner or engagement party... you want to be here! GO to their website, call them and make an appointment. You WILL NOT be disapointed.