If I could offer one piece of advice it would be to go elsewhere.
I got married Fall 2014. Chose Slate because I liked their display at a wedding show, I liked their style of pictures, and their prices were affordable. Greg & Dora were friendly, explained everything we would be getting, went over the timeline of when we would receive our pictures & video, all seemed pretty simple. We got our wedding photos in early winter 2014 ( a couple of months after our wedding), we had no complaints. Keep in mind when we went to pick up our pictures (on a disc) we had to pay Slate in FULL (eventhough we were missing our video, and printed pictures and album that came with our package). From day one Greg explained that we could make our wedding video 10 mins long to an hour long with as many edits as we needed to ensure we are happy with our wedding video. Our first draft of the wedding video was horrendous, it was sloppy, zero thought put into it and missing alot of the important parts of our wedding that we had asked to be put in. Ever since then it was a nightmare for them getting back to us we would email or call them and they wouldnt get back to us until weeks later. Our video came back a little less sloppy, but this time watching it on our tv, we noticed the beginning half (first 10 mins) had a smudge on the lens, and the dancing potion of the video had Drake & Rihana (which literally was a terrible choice in song lyrics) song looping. We told Slate, even screen shot every scene the smudge was so they could see what needed to be fixed. (My husband went to school for photography, and when he saw the mark he knew that whoever used that camera did not clean their lens before filming). Slate told me they would send it out to get fixed and it would be ready for the end of October 2016. I waited until the 2nd week of November 2016 to email them, with no response. I have been emailing and calling them constantly since then with still no response. I am very disappointed in their lack of professionalism. They are paid in full and I am without a wedding video. Nobody is getting back to me, even three months later. Do not waste your time going with them. I do not know any other way to get this resolved, but I will make sure I can put my review everywhere and anywhere I can so that nobody else will have to go through what I am.

I have a feeling they will probably shut down and go under a different name or something, just stay away from GREG & DORA!! do not waste your time.

Maria + team did a great job with my floral arrangements! Zero complaints. Always professional, easy to get a hold of. So happy I chose them for my wedding day!! 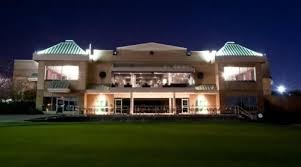 The Vue
Toronto, ON
Ceremony Sites

The Vue
Toronto, ON
Reception Sites

Best Venue, most professional people I have ever dealt with. Had the perfect wedding! Not your typical woodbridge banquet hall. So unique. They focused on your wedding only. NO complaints at all! Food, drinks & atmosphere was AMAZING. thank you so much for a perfect venue! Thanks Dave, Jennifer + team!!

Explore More in Toronto, ON, Canada