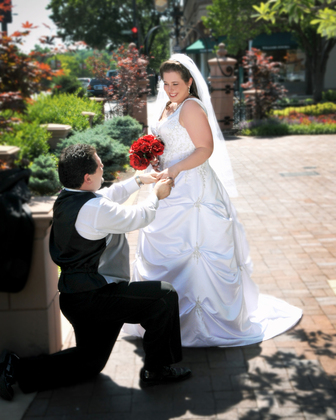 Our wedding was wonderful. Everything went together and made it a day I could have only dreamed of. We used the map from wedding mapper to layout where all of the location were - the ceremony, reception and hotels were all at seperate places. We included that with the invitations. I was very happy how everything turned out. 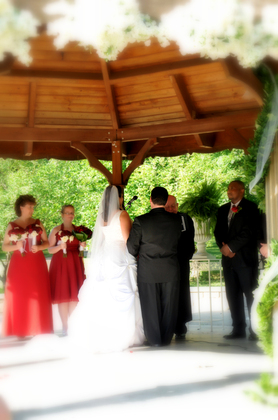 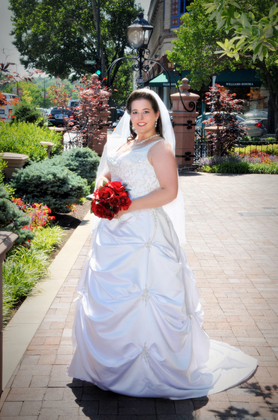 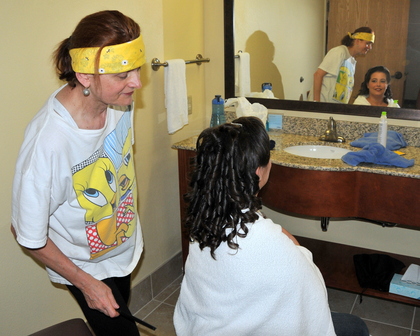 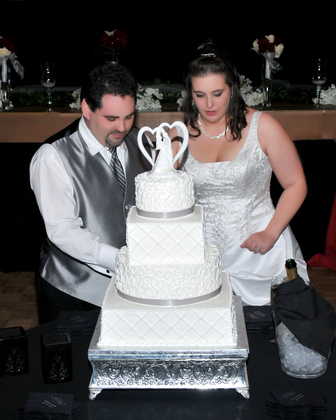 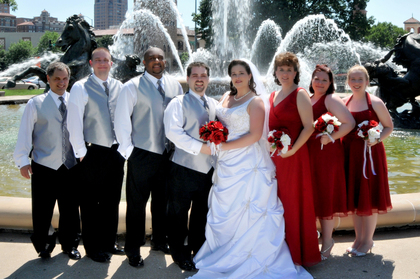 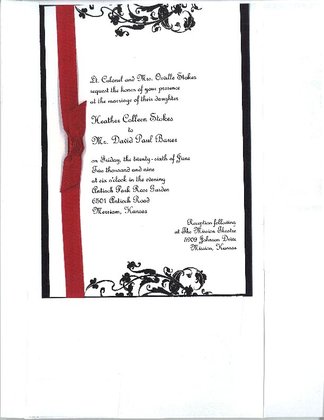 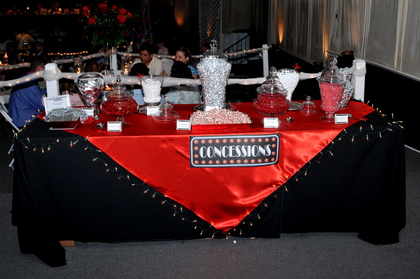 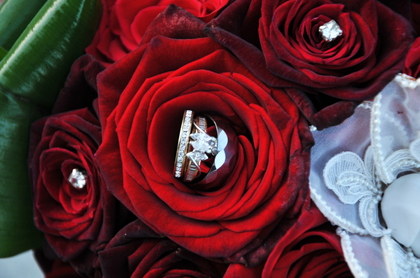 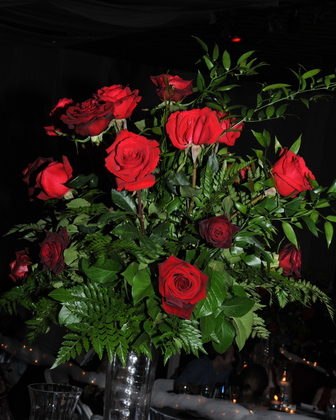 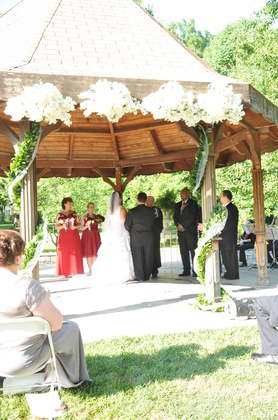 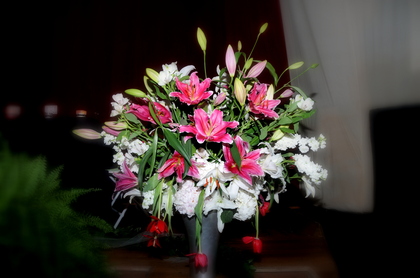 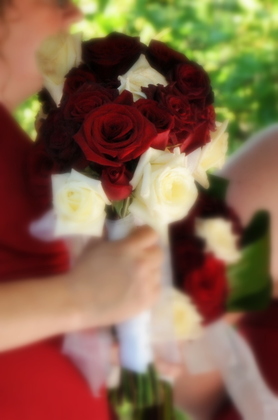 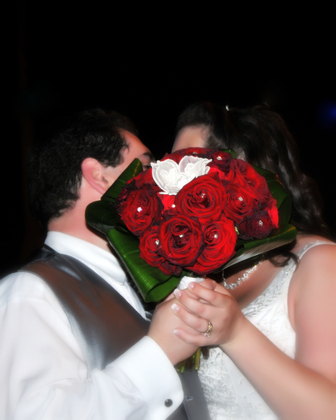 Bella Flora did such a wonderful job with the arrangements for my wedding. My husband and I were thrilled. We were on a tight budget and she made it appear as if we had spent a fortune. My bouquet brought tears to my eyes it was so lovely and everywhere we looked there were flowers. I would recommend Dorena in a heartbeat. She may be new in the business, but I know she'll be around for the long run. Her eye for flowers is amazing and her prices are extremely reasonable.

Just Cakes was recommended by our caterer. She raved about her cakes and it lived up to all that we had heard. The praise was well deserved. She made the look of a fondant cake with buttercream frosting so it tasted much better. Her flavors on cakes and fillings were wonderful. It wasn't the largest selection that I had seen, but everything she had tasted fabulous. My cake was everything I had imagined plus more.

Above and Beyond Catering
North Kansas City, MO
Caterers

They completely lived up to their name. We sampled three caterers before we found Roxanne with Above and Beyond. She blew them out of the competition. Where the others offered simple fare Above and Beyond is gourmet food at its best. I wish I had better pictures of the buffet at the wedding because it was picture worthy. The food was beautiful and soooo delectible. Every person at the reception commented on how wonderful the food was.

The prices were very reasonable, so much in fact that we ended up choosing three main courses. We selected Chicken Marsala, Brisket with a Roasted Garlic Demi Glaze and Pecan crusted Tilapia with a Lemon Ginger Sauce, Roasted Asparagus, Garlic Mashed Potatoes and Salad. All of them were as good on the day of the wedding as they had been at our tastings.

Roxanne also was extremely willing to be flexible. The nut crusted fish wasn't on the menu, but fish was and nut crusted chicken was. She flowed with everything and her chefs did everything they could to create the flavors we wanted. I have been recommending Above and Beyond everywhere I go. They are truly the best in the business.


View Above and Beyond Catering

Abigail Norland was everything I could ask of a photographer for my wedding and more. We took our engagement photos with her before the wedding and that showed my fiance that she really knew her craft. She has helpful advice and really listens to what shots you want to get.
We had a second photographer for the wedding and though she was still in training under Abby she knew what shots to get to really set the scene. She trains her staff really well. She never missed a deadline whether it was the initial meetings, the approval or the delivery. She is very prompt on returning calls - and trust me, when planning a wedding, that is really appreciated.
Our photos and albums turned out better than I could have dreamt of. I look like a movie star and I never expected that. I am so thrilled with everything handled by Norland Studios. Abby is now part of our family for life.

Irl Gladfelter hijacked my ceremony! Prior to the wedding he had guaranteed my husband and I that he follows a script of our choosing. We select what he says and what he doesn't and we have final approval. As neither of us are overly religious, we didn't want it too preachy. He helped us select a ceremony that we liked and then we very carefully selected the changes we wanted and sent it back to him. Our ceremony was to be short, 20-25 minutes only.

The wedding was outdoors and the day of the wedding it was approximately 95 degrees. It was so hot my Maid of Honor had to step away and get water before she passed out. Midway into the ceremony, he starts into a sermon that was not approved and that he was aware was unwelcome. I finally had the guts to stop him after he spoke about our marriage - between Heather and Jack. Too bad my husband's name is David. He advised me that the sermon is the part he never tells anyone about and didn't tell us about on purpose. The sermon ended quickly upon my insistence (during the ceremony no less). He skipped the rest of the sermon in his notes, which was approx. 2-3 pages of sermon alone. That would have been at least an additional 15 minutes in the heat. His interference was not necessary at all and it colored my enjoyment of the rest of the night. He tried explaining afterwards to my husband, my mother and my new in-laws, but everyone was aware of what we had agreed to and it didn't help at all.

I do not recommend Irl Gladfelter or Evangelical Community Ministries. Besides the script he had a few odd eccentricities, like asking all the bridesmaids and groomsmen to "bow" to him as they approached. Even at the Catholic ceremonies I have been to they never requested that. Of all the things that could have gone wrong on my wedding day - rain, tornado, bad weather, vendor no shows - it should not have been anything that was avoidable. In my eyes this was clearly avoidable and was in fact brought on intentionally by the minister. 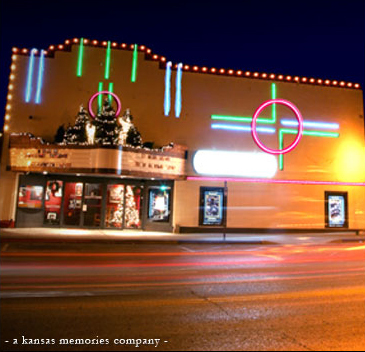 Antioch Park was lovely. There are a number of beautiful spots that are perfect for photo ops - The gazebo where we held the ceremony, rose garden, pretty bridges, and pathways. Scheduling was easy and lenient.
The only negative I can see is there was no electricity available. It made it really tough to arrange any speaker system as battery power doesn't project well. We ran out of options and finally found a cheap string quartet available as they didn't require a plug in and we just spoke loudly. 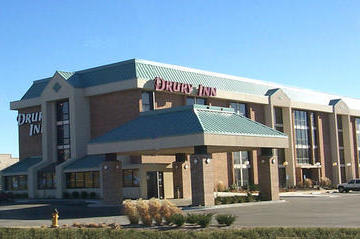 Everyone who stayed there seemed to really enjoy the hotel. It looked nice when we toured the rooms before holding the block of rooms. They serve popcorn in the lobby - I always like that!