We wanted to make sure the food at our wedding was exceptional because so many weddings offer pretty mediocre quality when it comes to food. Vinwood completely delivered - everyone was thoroughly impressed. We did stations, which allowed us to choose a number of entrees and sides while saving a good amount of money. A lot of our guests actually made a point to tell us how much they enjoyed the food.

OUTSTANDING food and service. We got rave reviews on the food and everyone felt very taken care of. These guys are a step above the rest.

Vinwood catered our wedding at Castle Hill and rehearsal dinner at Stone Mansion. We had cocktails and tapas for the rehearsal dinner which was fantastic. Service was wonderful and the food was fabulous—our expectations for the wedding the following night were high. It was after Vinwood left we found the bag of gazpacho they had served at the rehearsal dinner that had expired 3 weeks earlier. Luckily no one was sick, but that could have been a serious problem. The wedding dinner was disappointing. The staff seemed clueless and the vegetarian entree was not edible. The lotus stir-fry was grey in color and full of salt. I was told no one ate it—some asked for a side of vegetables instead. One member of staff attempted to serve my aunt her clam chowder with the servers hair sitting in it. Another server took orders from an entire table asking for filet or lobster, when they were serving both, not one or the other. The guests even told her, but she insisted they all choose one and she wrote down their orders. When she returned she apologized, but this took a long time and caused their meals to come much later. The béarnaise sauce for the lobster came as plates were being cleared—clearly they forgot the sauce and shouldn’t have bothered—this was just awkward. The planning process was very professional and detailed, but the actual service the day of the wedding was an utter disappointment. 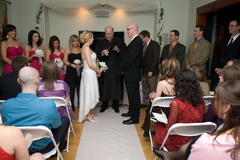 Excellent vendor! The food was wonderful, the team was experienced, they helped us a great deal with the whole event in general.

We heard nothing but raves about Vinwood and we also have not one negative thing to say about Vinwood. Their service and attentiveness was nothing short of perfection, as well as the quality of their food. 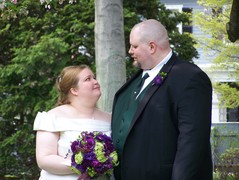 Best service EVER! - Food was incredible - our guests still comment on how good it was.