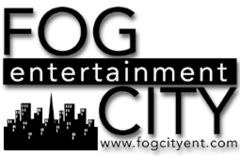 
We are not the typical characters that do the same “routine” at every event; we customize our entire style to match yours. You will not only be able to literally hand pick every song that is played, but you will also tell us how much announcing that you would like us to do, and even what you would like us to wear. Although we will be there with suggestions and help, our entire service style will be based on your preferences.

We worked with Sonny from Fog City entertainment and right from the beginning it was clear he was passionate about making our event perfect and tailored to us. I met with him before and he asked questions about details I wouldn't have even thought of! He even came to our rehearsal at the church to get to know everyone ahead of time, to make sure he had the right feel. The dance floor was never empty and he listened to what we wanted.

Ashley and I met and spoke several times before the wedding. We gave her a list and a couple of likes/dislikes, and she put together a great set that had people dancing and stomping and really enjoying themselves. We had some strange requests, but she came through with the Marseillaise, the German versions of some Beatles songs, and the Russian National Anthem. She had a great attitude and even made me three CDs afterwards. I don't know about the other DJs at Fog City, but I'm so glad I ended up with Ashley. 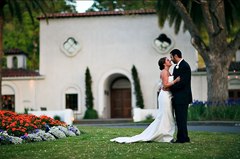