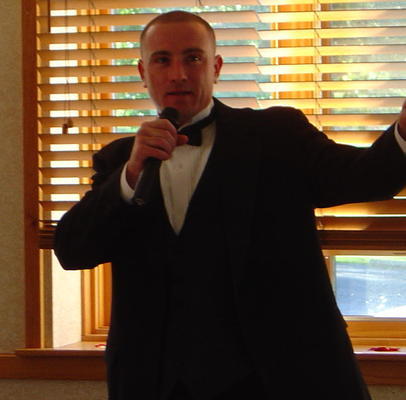 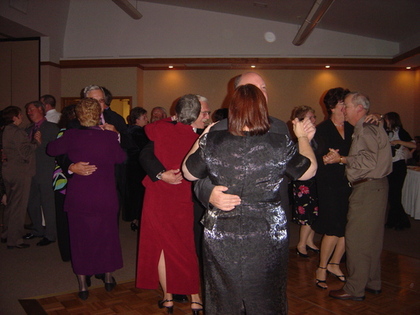 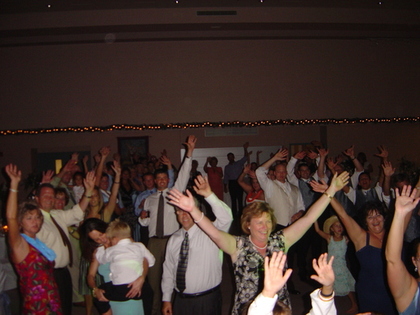 
Let The Good Times Roll DJ Service is owned and operated by Jeff and Amy Baker. With over 12 years of experience in the wedding entertainment industry, we guarantee your satisfaction. We are licensed and insured, and proud members of American Disc Jockey Association, and Shenandoah Wedding Professionals. See our website at
www.djjeffbaker.com

After meeting with Jeff and his wife twice before the date of our reception, we were confident that we would be satisfied with their services. However, they ended up playing all of the slow song selections we picked out during the cocktail hour prior to the wedding party's arrival at the reception. He had told us during our consultation that he would be making his own selections for this portion of the evening depending on the mood he observed from the guests and that usually the music was motown. Following a sit-down dinner service, they proceeded to play a continuous string of fast paced songs, leaving my groom and I and the few kids that attended alone on the dance floor as the pace was impossible to keep up with. We discussed this with them after the event and they claimed that they ran out of slow songs since they played them all earlier in the evening. This was a pretty sad response from someone who claimed to have DJ'ed 600 weddings before ours. I would think that he would be able to improvise with additional slow song selections based on the types of music we had selected prior to the event (while also contradicting what he said he was going to play during this part of the evening when we discussed it prior to the event). There were other small annoyances like when he announced before every song that it was "a request from the bride and groom" (as if he was afraid if it didn't go over well he would be blamed for it). He played most of what we asked for but missed some important requests that we had made during our consultations with him. All I can say is the five or so children that were in attendance were probably the DJ's biggest fans. It was embarrassing that only a few of our guests made it to the dance floor because of the non-stop upbeat tempo of the songs following the dinner service through to the end of the reception.