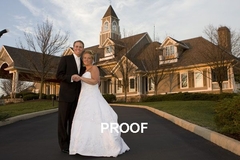 They totally screwed up. If it hadn't been for the district managers getting involved around town, I would have had mismatched tuxedos. They ordered the wrong ones to begin with and then called me 3 days before my wedding to say they were discontinued and that they were switching the tuxes with something that was exactly the same. We went to the store to find out that they were different than what we originally ordered. We got it straightened out but I had guys at 4 different locations getting tuxes. The ONLY way that this was straightened out was by dealing with the district managers themselves. Some of the salespeople in the stores were pretty clueless and needed more training. They have about 12 tuxes to choose from for weddings and don't know the style numbers or at least can't get them right. Honestly! Then to top it all off they had my groom in tails and the rest of the men in regular jackets. (B/c whoever originally did the order must have screwed up). After looking at our original contract and their website all of the men were originally in tails (not what we wanted) Apparently the manager saw the mistake and thought she corrected the error by choosing a different tux - not the one we chose either and it was discontinued and my groom was still in tails). IN ESSENCE, SHE CHANGED OUR CONTRACT THAT WE SIGNED. If you go here make sure you get all paperwork and go on the internet and check the style numbers yourself. Better yet go someplace else and save yourself some sanity.