What an artist! I was recommended by a friend and was sold from the time we first met. His prices are a bit high, but like our other vendors, it was investment well made. We used the images to create small albums that were later sent as thank yous to our guests and are still hearing about how much they loved them! 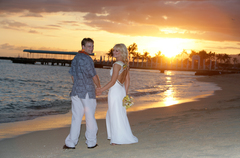 This Videographer, Greg of Advanced Visual Arts in Honolulu, Hawaii, should be avoided at all costs. He is not a professional. We never received the product. Do not use this vendor.

First of all, when I would ask if he could meet us @ the venue, just to make sure that we were on the right page, he didn't even respond back through our calls or emails. So on the day before the wedding, he called and said he couldn't make it because he broke his leg. So he is sending one of his best co-videographer. Since it was unexpected, I said it was "fine" and that I hope he gets better soon. When we first met with him, he told us that our wedding video will be done after 2 weeks of the wedding. When two weeks was over, my husband and I patiently waited for another week for the video (without contacting him). When the week was over, we called and emailed. Our emails and calls went unanswered until after another 2 weeks passed. He finally responded and sent us our "raw video." The raw video he sent was like a home video! It didn't have any professionalism at all. It didn't even look like he put any effort into it! He told us that if we didn't like anything, we had to put into writing, which we felt like we did the whole video ourselves! After we wrote what we needed to be edited, it took another 2 weeks for us to get it back. In addition, we had to keep calling and emailing him for our wedding video. Another guy had to respond back saying Greg had some family emergency going on. Greg, the owner of Advanced Visual Arts was not very professional. He was so fast into cashing in your checks, but not with his work. My husband and I were very disappointed with his service and will not recommend him to any future couples.

The last poster seems to have an agenda of some sort. I used Advanced Visual Arts for my wedding in March because they did both my best friend's weddings last year and came with the highest recommendations.
Their work was good, their prices very reasonable compared with other companies and they included a lot more with their packages.
I got to choose my own music, got my wedding ceremony online for free and my fiance got his copy in high definition. I received my video 3 weeks after my wedding and I'm very happy with it. 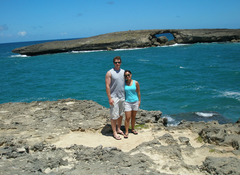 Greg is responsive to emails and voicemails as well. However, it took more than 3 months and several back and forth mailings for us to get our DVDs. My biggest complaint is he kept spelling our names wrong, and we kept having to send the DVDs back to correct them. Also, I thought the quality was just okay. We paid for two cameras at the ceremony mostly to get a shot of the bride walking down the aisle and the groom's reaction, although you don't see the groom at all during the processional.