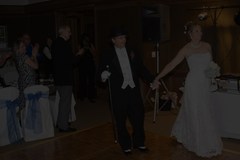 My wife and I were married on July 6th, 2008 at a beautiful little chapel in Dunedin. We planned our wedding reception at East Lake Woodlands Country Club in Oldsmar, Florida.

Our wedding reception was ruined when the power went out about a half hour after we arrived. East Lake Woodlands blamed in on a lightening strike, but there was no lightening in the area at the time. We were told about a month before by our event planner, Marcy Leonard, that since they had been remodeling the ballroom, they had problems with overloaded circuits. Just as we were to walk into the ballroom, someone came running out into the hallway and into the kitchen, saying they blew a fuse.
.
I’ll start by saying that the staff at the country club did very little to improve the situation. Unfortunately, Marcy Leonard was called out of town on a family emergency, so Mike Fanning took over for her.

Most of the meals served to our guests were cold or undercooked, which could have gotten some of them sick. Our guests couldn’t even see to eat in the dark. The staff didn’t serve anyone ice water or clear the tables. They also didn’t serve the wedding cake to everyone. Most people had to get it for themselves from a few trays sitting in the ballroom. We also weren’t supplied enough fans for everyone.

My wife and I spent 7 months picking out our music for our reception. Since we had no power, there was no music or dancing. We didn’t have any air conditioning and our guests were miserably hot and a lot left our reception early. Our guests went to the restrooms but they were pitch dark. They had to come back to the reception and get candles. Mike Fanning spent ½ hour on the phone waiting for Progress Energy, only to learn they weren’t their provider. TECO was and I contacted TECO and they told me they never received a call from the country club. East Lake Woodlands called their maintenance man to fix the problem, but he refused to come out.

We found out a few weeks later from our DJ’s that when they were packing up to leave, the employees asked them if they needed more light. So they flipped the switch and the main chandelier in the middle of the dance floor came on. This light was off all night long.

Since there was no power, my wife and I also missed out on a lot of pictures and video. We also had a “Love Story” video on how we met, but our guests never got the chance to watch it.

This was the most important day of our lives and it was completely ruined. We have an attorney who has been trying to contact East Lake Woodlands, but they won’t return her phone calls. Our attorney did get a letter saying East Lake Woodlands would offer us 8 rounds of golf and $500 to pay the D.J. We spent $16,000 on this reception because we didn’t want to look back in 20 years and have any regrets. Now we have one huge regret - East Lake Woodlands Country Club. Now we also have to pay attorney fees. 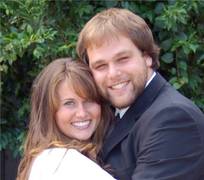