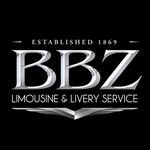 Established in 1869
BBZ Limousine and Livery Service, Inc. is one of the New York metropolitan area’s oldest and largest transportation and limousine services in New Jersey. BBZ Limousine & Livery Service was founded in 1869 as Berkemeyer Livery in New Milford, N.J., by veterinarian Dr. Irving Berkemeyer. After his son joined the firm, the company began adding cars to its business in the early 1900s. Throughout the 20th century, the company thrived as a well-respected funeral car service, while also breeding notable racehorses. In 1970, the company, then called Berkemeyer Limousine, was sold to longtime employee Nicholas Malloy. The company remained prosperous throughout the decades and has successfully transitioned into a full-service luxury ground transportation provider. The firm eventually acquired several local competitors, most notably Bergen Limousine and Zabriskie & Stott Livery, from which its current name is derived.

Our dedicated, knowledgeable staff and professional chauffeurs take pride in doing their part to ensure that your needs are completely fulfilled.