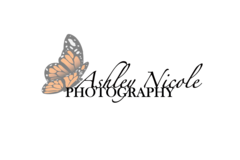 I am a Sacramento journalistic wedding photographer whose devotion to colorful and vivid photos started almost eight years ago as a U.S. Air Force public affairs photographer.

I graduated from the Defense Information School (DINFOS) in still photography and received an A.A. in multimedia production. While attending DINFOS I was trained in portraits, event, ceremony, sports, and investigative photography.

As a photographer I was able to deploy to southern Afghanistan with a Naval Provincial Reconstruction Team where I was able to document engagements between U.S. Service members and the local Afghan government, including interactions with local residents and engagements between female service members and the local female population.

I began shooting weddings over three years ago as a favor to a friend and fell in love with my camera all over again! Weddings have allowed me to use my journalistic training in a fun and artistic way. Since my first wedding I have provided photo support for weddings in Northern California and Nevada. Weddings I have done include Christian, non-denominational and Islamic ceremonies. I help to create a go-with-the-flow atmosphere for a day that can otherwise be hectic and overwhelming while simultaneously capturing memories that make you smile.