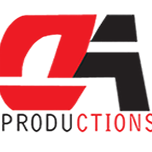 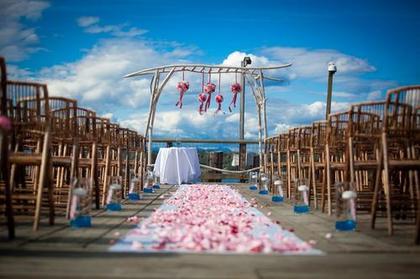 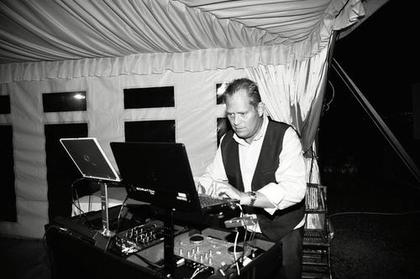 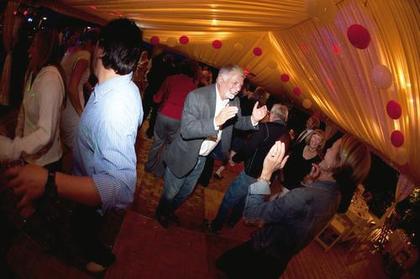 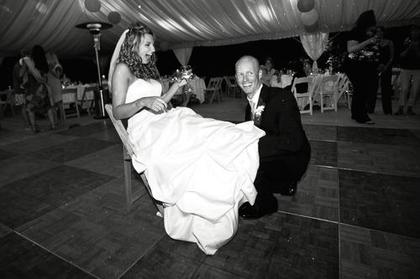 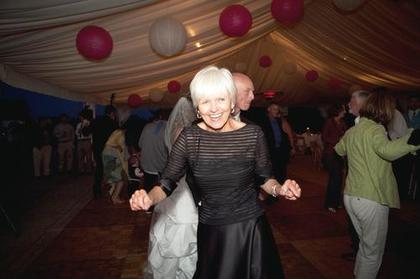 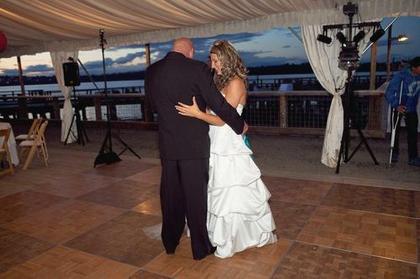 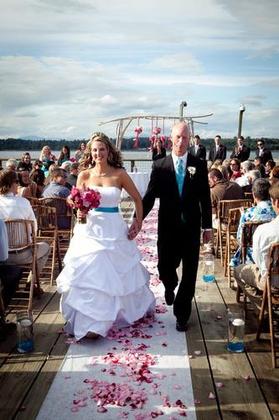 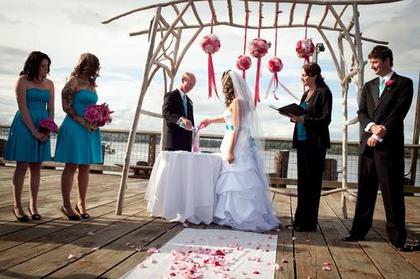 
Discover the Difference…
In what we offer to all of our clients:
Ask our customers they tell it the best.
We work to provide you with an outstanding customer experience. We customize your music 100% with a tasteful host for your wedding day at an
affordable price. Our service goes beyond the music. You get a partner helping you make lasting memories on your special day.
See all of our lighting & get an online quote by visit our website
at www.daproductions.net

I am writing this review to hopefully prevent any future couples from having their day ruined.

To begin the sound system setup for the ceremony was still happening as guest arrived and just finished as the procession lined up. So there was no time for him to do any type of sound check for the mic or the music. The wireless system that was used for the ceremony had poor sound quality and had static coming through the speakers as well. We also paid extra for this second sound setup that was not worth the money.

On top of that, he was in shorts and a t-shirt for the ceremony, he missed playing any music as guest arrived and waited. He played the wrong music for the procession. Then after the procession and bridal music was complete he disappeared, and when it was time for the recessional music he was nowhere to be found, with no music playing that we had picked out we improvised in the moment of silence.

During the group dancing there was hardly any mix of music as well as parts where the music would just stop because he didn’t have the next song ready and the volume was way to loud for the space provided.

If you want poor quality of sound and services for a premium price David is your man. We honestly believe there is much better quality DJs out there that could do better for less.

Lastly there was no apology for ruining our ceremony or the lack of DJ ability during the dancing. There is no redo and we can’t have our moment back and it is sad that David has not acknowledged any fault on his part.

David is that rare DJ who not only has a passion for music and enjoys what he does, but also, can read people very well and play according to the theme or vibe he gets from the event. Alec and I had our wedding on Orcas Island at the Outlook Inn on a Sunday evening, July 17, 2011. We had an eclectic group of guests, from nondrinkers to drinkers, twenty somethings to sixty somethings, babies and young children, Caucasian, Indian (South Asian), black, Irish, Hispanic and the gamut in between. David interspersed a wide variety of music for the cocktail hour, dinner, and dancing, including tasteful Hindi Bollywood beats without me having to give specific titles (since I have no idea what the names of songs are)! There is nothing that David cannot do - just ask and he goes above and beyond the call of duty for an incredible price. I may also add that we planned our wedding from DC - 3000 miles away - so we went with David not having met him or heard his craft. We also had a death in the family the week before the wedding, and David was so thoughtful in asking how we were doing and giving us more time to make selections. I would not have gone with any other DJ, as he was fabulous, professional, compassionate, and passionate about his music and skills. You will not find a better DJ than David. David is truly top notch in his personality, skills, and heart! Thank you, David! We really hope you choose David as your DJ - he will exceed your expectations. With warm regards and wishes for a joyous event, Alec and Anjana.

We booked David for our July 23, 2011 wedding and couldn't be happier with our choice. David is a complete professional and we extremely enjoyed working with him. He is very knowledge about music and it was a pleasure to work with someone who was so friendly. He openly offered to take a trip to our venue, the Plateau Club, ahead of time because he had not been there and wanted to make sure that he knew that his equipment would work in the place. So he met with me and the Catering Manager at the Plateau Club a couple months before the wedding. This was so helpful to ensure that the day of the wedding would go smoothly and also that he put a name and a face with the contact at the venue since he would be setting up without me there. On the day of the wedding, David offered to set up my personal uplighting along with his and made the room look absolutely stunning! He paid close attention to what I wanted (as the bride) and carried it out flawlessly. The music he played was all from our playlist that we chose on his very easy online form. Also, he has every song you can imagine in his database and if he doesn't, he will gladly find it for you. David kept people out on the dance floor until the wedding ended. Our guests had an AMAZING time and are still talking about the the fun dance floor and dancing. Something else that we really valued was that he always answered every phone call in a timely manner. Overall, we were very impressed and happy with the job that David did. And the best part, he was extremely affordable! He didn't charge the outrageous prices that some of the larger DJs charge. It was the perfect fit for us. We fully recommend him to anyone who wants to have a professional DJ and an amazing time dancing the night away at their wedding with no problems.