Wouldn’t it be great to share your unique and personalized stories and Re~Live your everyday adventures? We want to help you capture it. My style is somewhat abstract and very artistic as I seek to encapsulate familiar surroundings in a distinctive way - the best shots to illustrate your journey. Our prices are competitive and we will gladly work within your budget to help you celebrate and share your roads. 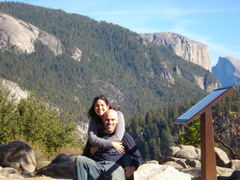 Awesome company! I initially hired them just to video our engagement photo shoot as my husband and I were not sure if were were going to go with a videographer at that time for the actual wedding. We were so pleased with the the engagement video, that we knew we would missing out on something very special if we didn't hire them to do our wedding. It was a VERY wise decision on our part. We love our videos! It looks so professional, I felt like I'm in a movie. They had at least 5 six different video cameras going to capture everything at every angle so nothing was missed during the ceremony, reception and dinner. They also had stationary cameras set around the dance floor and going all night to capture those "oh no he didn't" moments, then made us a "Gag Reel" that captured all those funniest moments of the night. My husband and I were on there quite a bit! =) We also opted to use them to do a video guest book rather than the traditional guest book. On time, really easy to work with, very personable, and went above and beyond to get "the" shot. We ended up getting the engagement video (set like a music video), wedding video, Gag Reel, a Bonus Material Video which was another music video that had a compilation of the night and the video guest book. They even gave us all the footage tapes to do with what we wanted. ****WORTH EVERY PENNY!***