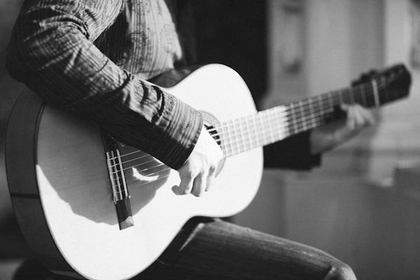 
With an enduring affinity for the versatility of the nylon string guitar, Scot Taber brings his own interpretive flavor to a diverse musical repertoire, whether he is measuring the pulsating rhythms of flamenco, providing a tour of South American musical idioms, presenting time-honored pieces from the classical canon, or navigating through Jazz standards from the Great American Songbook.

Scot studied Classical and Flamenco guitar under the acclaimed guitarists Adam Schydlower of Gitano and the Desert Prophets and Stephan Schyga of Tel Arc Records' celebrated “Jazzmenco” act La Vienta. At the age of only seventeen, he was performing flamenco in the U.S. and Mexico as a soloist and accompanist for dancers in the Spanish dance troupe Danzas Espanolas. Scot then pursued a career as a soloist and collaborator in his own groups Taber & Garibay, and later with his southern California-based duo Paper Moon. A yen for latin guitar has been at the forefront of his every musical endeavor, as a typical performance includes works by Heitor Villa-Lobos, Francisco Tarrega, Antonio Lauro, Antonio Carlos Jobim, Luiz Bonfa, Augustin Barrios, Sabicas, Paco Pena, and Paco de Lucia, along with anonymous pieces from the catalog of international folk music.

Scot has appeared as a soloist and in duos and ensembles in the most distinguished theaters and venues, performing original and traditional material for such notables as actor Levar Burton, journalist Sam Donaldson, comedian David Spade, chef Julia Child, and former president George W. Bush, among others.