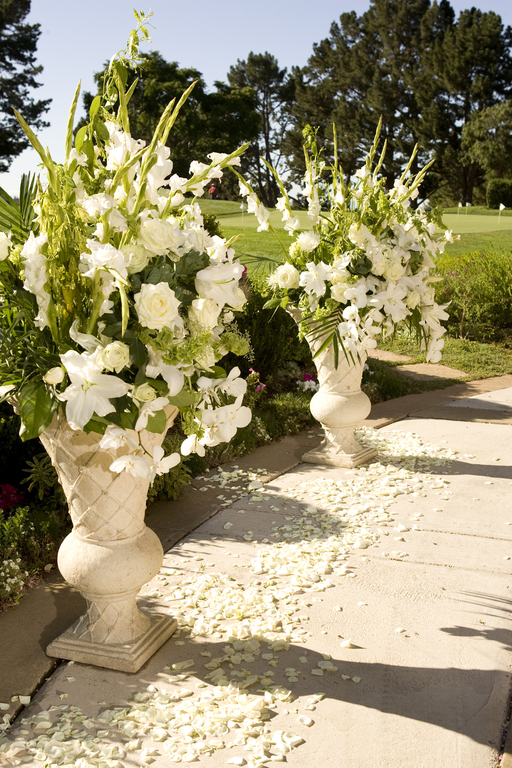 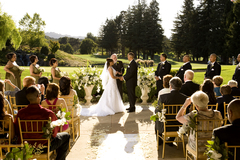 We are giving the PAHGCC 4 stars for a number of reasons, We were married here this past Sept 6, 2009 and everything went perfectly. Better than we could have imagined. The grounds were beautiful, the staff for that day were courteous and looked great, LT was such a good coordinator and cued the string quartet perfectly. But before all this came to be, there was quite a bit of planning and negotiating involved as there were quite a few expenses. LT and Melissa were always pleasant and delightful to meet with. LT always made time for us, even at the last minute, although we could tell how busy she was by the speed in which she spoke! My husband and I are not members and aren't millionaires either but LT and Melissa made us feel as if we were. Even though, we would sit meeting after meeting with our planner there and try to negotiate some kind of discount, LT never made us feel like we couldn't afford the club. That's why I'm really surprised at the other comments that I've heard. LT was very professional, friendly, and caring. In our opinion, she went over and above her call of service to make everything spectacular and was so easy to work with, as long as you have email. She's hard to get a hold of on the phone, but shoot her an email and you'll almost always have a response in a few hours. The food was great and they let us bring in 1 item from outside which was special to our ethnic background. They let us bring in our own wine and even discounted the corkage fee. For everyone that's surprised at how we were able to manage these discounts after all the reviews that says they are unresponsive to these requests. I think it had something to do with the appearance of the building itself. When we first agreed to book the club back in 2008, they did disclose to us that there was major construction happening to the back of the building as they are putting in a spa facility. They assured us that it would not deter from the views or take away from the waterfall or other spectacular grounds areas. However, a few months before the wedding, my now husband and I made a trip up there for a wedding planning meeting and were horrified to see a bright large blue tarp hanging off the front of the building. There were bulldozers in the front and a hideous fence around the right perimeter of the building. I wanted to scream. I quickly spoke to LT and Melissa about this and I think they could see how distressed I was about this situation since THAT was not disclosed at all when they told us about construction. In all honesty, I think that was a big reason why they were more willing to negotiate with us.

More on LT: I actually read not so hot reviews on LT even before we booked the club and decided to book the club anyway for the gorgeous grounds and hire an outside wedding planner. However, in retrospect, LT probably could have done just as good a job, if not better, than our wedding planner and we would have saved an extra $3000. In fact, at our rehearsal, our ourside planner envisioned the groom and his parents, and groomsmen walking out from the side of the patio and the bride and bridesmaids walking down the aisle. Everyone could see how awkward this was as it looked like the men were walking out from the dark behind pillars into the light and just looked silly, but no one said anything because we thought the planner would eventually see that her approach didn't work. Thanks for LT, she wouldn't have it. She totally took control of the rehearsal and shined out our other planner and fixed the procession. We went with LT's procession arrangement for the wedding and the whole thing was beautiful. Thanks to LT for standing her ground and knowing when things need to be said/done to make the wedding the best it can be.