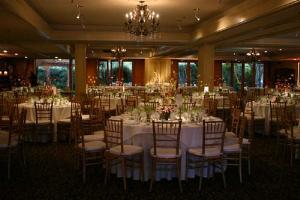 While Calamigos is a very beautiful place to get married, the incompetence of certain members of the staff adds way too much stress for the bride and groom to enjoy their day.

I was married at Calamigos on April 11, 2009. I originally toured the facility with Robin, who was delightful. When I came to make my first deposit, I sat down with Mina (the manager of the facility)and expressed concern in that Calamigos wanted payment in full for everything 10 days prior to the event. I asked what kind of recourse we would have if they didn't come through and perform to our standards. Mina replied that they do numerous weddings a week, they are booked every weekend of the year and that they have loads of glowing reviews and we should have no problem.

We had our final meeting with Annah, who was also wonderful.We went over all the details of our wedding. Our day of coordinator was going to be Virginia and we were assured by Annah that she'd do a great job.

Our wedding ceremony was at the Little White House and was gorgeous. We did not have any problems until we entered the reception. Upon entering, we realized that our seating chart (one we had toiled over for days, as I'm sure all brides do) was entirely skewed. The Day of Coordinator Virginia had been in charge of placing the table numbers on the tables. Sounds like a menial task, but not to Virgina! She had messed up and reversed our table numbers, resulting in our parents, siblings and grandparents and other family members being seated at the opposite end of the room. We couldn't even see our parents from the head table. At this point, everyone had already been seated so there was no easy fix. We had to provide a solution to her, as Virginia was too inept to figure out what to do. Therefore two more tables had to be brought in to move our part of our family closer to the head table. I must point out that this was done rather quickly and efficently.

I had paid $15 a table to upgrade to the chocolate brown linens. I was told there was no way to waive this fee and that I would be so happy with the nice linens. I walked in and there were Ivory linens on my table. Their answer to what went wrong with that is as follows:

"In your original meeting with Annah, Ivory overlays with the sandalwood napkin were ordered. The order was changed after your phone call with the chocolate linen request and we are still trying to find the source of this error. At this time, we cannot determine whether a computer error with our linen inventory occurred or if it was a human error. We have refunded you for the cost of the rentals. We are still investigating this matter and I would like to assure you that severe disciplinary action has be taken on our end with our team due to the errors in set up and coordination of this detail as well as the layout issue."

In summation, they have no idea how this happened, which is ridiculous. They managed to put the linen cost on my final invoice, so there was no error in making sure that I paid for it. I feel like they're acting like they're huge company, rather than the mom and pop location that they are. (I was refunded my money that I paid for the linens by the end of the evening).

As far as the open bar, we had requested that only the drinks that we paid for be offered at the bar and that no cash was to be brought out at the bar. We were hosting for House brands of alcohol and domestic beer. There was to be no option to purchase premium liquor. Yet when I walked by the bar, there was a huge tacky sign stating prices for purchasing of liquor. We had to go out of our way to find Virgina AGAIN (she kept disappearing)and tell her of yet another screw up. She had the sign taken down and we told her we wanted the entire bar to be free, including premium drinks and she agreed that it was the least they could do. That actually worked out nicely in our favor, yet still embarrassing asking guests to pay for drinks.

I understand that errors are going to happen at events. Yet, the amount of errors and the severity of the errors are unforgivable. We asked for the refund of the 20% service charge and were told that since we had been given a bar upgrade (because of their errors) that this should serve as payment. Oh, and they also extended our room time for an extra half hour, which was a nice gesture, but still doesn't change the fact that I had to spend a half our at my own wedding pointing out and fixing their mistakes.

If you do decide to go with Calamigos be very wary that you are giving them your money ahead of time and their remedy to fix their mistakes is to give you an extra half hour of room time. It did serve as a nice way to get a bar upgrade. Also make sure to request Annah as your event coordinator. She seemed very capable. I would not recommend Virgina. I felt like it was her first wedding and she had no clue how to fix her mistakes. They really ought to hire people with better management skills. Had I screwed up like this at my job, I would no longer be employed. 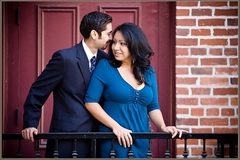 If you are looking for a place that will take care of everything, has breath taking views, has delicious meal selections and is completely affordable, Calamigos at the Equestrian Center is the place for you. Their service is impecable, the venue is beautiful and so well taken care of, it's an incredible value. We highly recommend it, we couldn't be happier with our experience.

The staff at Calamigos were very nice, patient and did everything they could to minimize our stress! 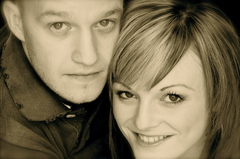