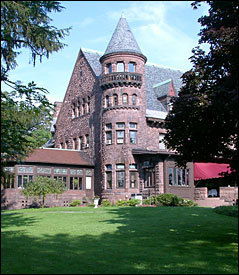 My aunt arranged my bridal shower to be held here. The food was amazing, and of course the venue has it's own undeniable charm. The wait staff was so professional, efficient, and fun. Couldn't have asked for a better place to have our shower.

On top of the horrible experiences we had with Carmen, the wedding contact at the Castle, we found out 9 months prior to our wedding that there were other college events going on in that area and that most of the hotels were completely booked already. When my sister called to check on rooms at the castle, they had given every single room away for this college event...even though there was supposed to be two wedding at the Castle that weekend. There wasn't even a room for the girls to get ready in prior to the ceremony. After getting an earfull from family members, the Castle finally opened up rooms for our wedding. Needless to say, we decided on a hotel elsewhere..at a much cheaper rate. Didn't want to risk having any more surprises from them.
In addition to that hiccup, while there for my hair run-through at Isabella Salon and Spa, I was expecting to be with Brandon, the manager, but discovered--that morning--that someone else...much younger (and nastier) was going to be doing my hair, "just because she wanted to". She was very nice at first and listened to what I had in mind, but was then joined by another stylist where a heated discussion about other brides began. I was told there was a bride who was "just awful, so stupid, ridiculous, and annoying" and that the stylist "probably won't call her back because she is just so stupid". They went back and forth bashing this bride and other brides about their ridiculous requests and how they were "purposely not responding the way they should" because "they couldn't stand some of them". I got very uncomfortable as they continued this conversation. One of these "awful" brides must have called because the ony stylist yelled across the salon to the girl doing my hair that so-and-so was on the phone and my stylist said "oh dear god, just hang up! I am NOT talking to her today!" and then proceeded to complain to me for an additional 10 minutes. They laughed about the entire situation. I was very uncomfortable and couldn't help but think how unprofessional they had been acting. On top of that, my hair looked awful and was nothing like what I had hoped for. I canceled my appointment and went to Posh about 5 minutes away from Belhurst and had a WONDERFUL, very professional, enjoyable experience.

We fell in love with Belhurst when we saw it and knew this was the place to get married. We do not regret the decision in any way. Carmen was a pleasure to work with and she has been in the business for a long time so she knows her stuff! We were very impressed with how organized and committed she is to her job. The food was excellent..Top Notch! The service was great. We have no complaints about Belhurst and absolutely recommend this venue for anyone!

This is the most beautiful place to have a wedding. Outside, on the lake, was where we had our Ceremony. The leaves had changed, the view of the lake and even across the lake was breath taking! Plus.....you have a old Castle in the backgroung! 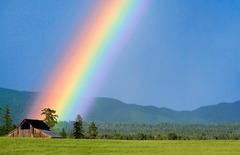 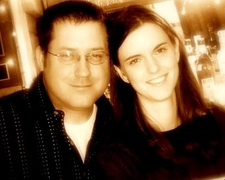 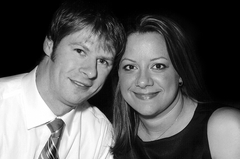