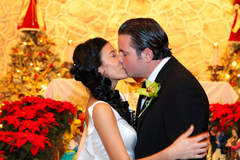 I hire here one big buss for the transportation of our guests form church to the restaurant where we were having the dinner. And next day a smaller bus to take us to the Port of Miami were we took a cruise with our family and friends. Both times the drivers were on time and were very servicial. 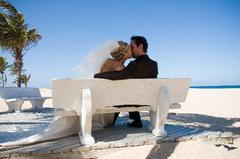 There were only two good things about this experience...the car was nice and new and the price was right. However, the driver was terrable. After he took the groom to the church (from the hotel) he didn't know that he was suppose to return for the bride. The groom told him in passing and luckily he caught it and came back. BUT he was LATE returning which made the bride late for her wedding!! He also didn't clean the car after the groom and groom's men were taken to the church. Which meant that when the bride and the brides maids entered the car there were empty beer bottles everywhere!!!